Arnuatovic signed a new Hammers contract in January, ending the China debacle, but he has seemingly been out of favour with manager Manuel Pellegrini ever since. The 29-year-old Austrian hasn't started a Premier League game since January and hasn't scored since netting a brace against Brighton in West Ham's first game of the new calendar year, before the circus surrounding his future exploded into life.

​​Arnautovic​ did not shy away from the fact he wanted to leave and his brother/agent publicly implored West Ham, who were strong-armed into selling an unsettled Dimitri Payet in 2017, to let him go. It is therefore unsurprising that the player seems to have lost Pellegrini's trust.

According to the Daily Mail, Arnautovic is 'frustrated' by the situation and has not seen the financial benefit of his new contract because he has been unable to trigger performance-based bonuses when coming off the bench. 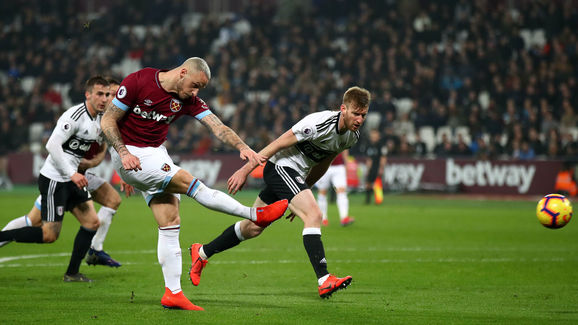 The report further suggests that he will 'likely look to leave' come summer, particularly if he continues to be frozen out by the manager. For now, he only has himself to blame for the predicament.

The former Stoke and Inter man had been an automatic starter in the first half of the season and was even given the honour of captaining the side in back-to-back games during Mark Noble's absence against Arsenal and Wolves in late August and early September.