​Loris Karius is set to take Besiktas to court, claiming that he has not been paid four months' salary, as the Liverpool goalkeeper's relationship with his loan side reaches a new low.

Besiktas manager ​Senol Gunes claimed 'something is wrong' with the German, after Karius made another costly mistake in Sunday's 3-2 victory over Konyaspor. Gunes questioned Karius' motivation and desire to play football, whilst it has been rumoured that Besiktas are looking to terminate his loan deal early.

News of the potential law suit comes from ​Bild, who claim that ​Karius is pursuing a seven-figure sum from the club as a result of not being paid for four months.

He threatened legal action on 20 February, giving Besiktas ten days to pay the outstanding amount before FIFA could involve themselves. The Turkish giants failed to pay, and now the case is set to progress further.

Many have suggested that Besiktas' actions are down to their perceived disdain for Karius. Gunes' revelation that the club do not believe Karius has the required mentality to play professional football has led many to claim that the Black Eagles are simply refusing to pay the goalkeeper until they feel he merits payment. Back in October, it was reported that ​Besiktas had decided they were unimpressed with the 25-year-old and were looking to send him back to ​Liverpool as soon as possible, despite the fact that his loan contract is set to run until the summer of 2020.

The loan deal also comes with the option to sign Karius permanently at the end of the loan, but such a move now seems incredibly unlikely following the latest dispute between the two parties. 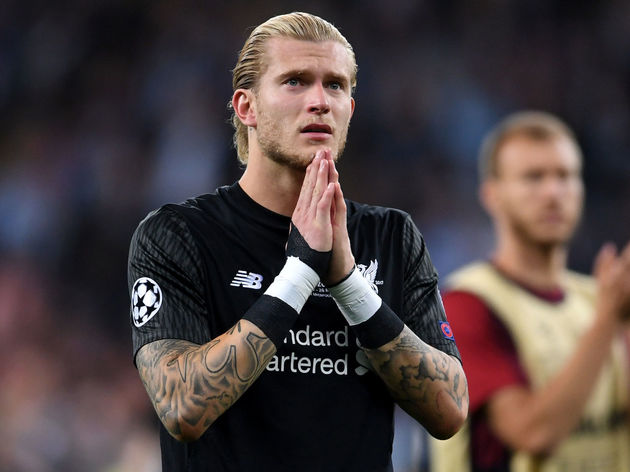 Karius has endured a mixed run of form since moving to Turkey last summer. He has started 21 Super Lig games this season, but has been guilty of making several costly errors, which have been subject to further scrutiny because of his infamous blunders during Liverpool's Champions League final loss to ​Real Madrid in May 2018.

After being at fault for two of Real's three goals, Karius was swiftly sent on loan to Besiktas as Liverpool spent heavily to bring in Alisson from Roma, who has helped transform Liverpool into one of Europe's elite sides.