Where would we be without the internet?

You wouldn't be reading this for a start, but more importantly we wouldn't have been able to witness the rise of social media - a key part of any professional footballer's armoury.

While plenty of footballers leave their social media accounts to the capable hands of their marketing team, some have opted to take a more hands on approach - with often hilarious results.

On this, the 30th anniversary of the internet, here's a list of the best footballer social media accounts. For all his undeniable talent, ​Wayne Rooney has never been the brightest spark - bless his heart. He demonstrated that much when he first joined Twitter, exhibiting the sort of mastery of the app that one would expect of someone who has never even handled a phone before.

Highlights of his time on Twitter include threatening to knock himself out, asking the world if Rio Ferdinand 'needs picking up in the morning' and delivering a bizarrely heartfelt tribute to the late Whitney Houston.

Whitney has passed away. RIP u will live on forever. Cant believe it. I wanna run to u. Really cant believe this. @ It says a lot when you've spent over a year and a half with a club and the only thing you're really known for is being a joker on Twitter. To be fair, ​Benjamin Mendy has had plenty of spare time on his hands given the fact that his knees appear to be made out of cottage cheese - restricting him to just 20 appearances for Manchester City.

Pep Guardiola hasn't always been totally approving of his online shenanigans, however. 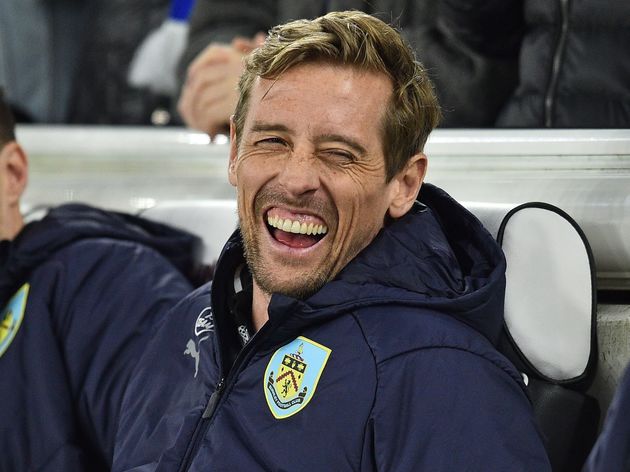 Self-deprecating and witty, ​Peter Crouch's Twitter is an absolute goldmine of hilarious tweets. His online presence has also extended to a recent podcast with the BBC, in which he revealed that his wife still calls him to ask where he is on match days.

You'll be hard-pressed to find anyone with anything bad to say about him - apart from John Paintsil, who Crouchy once ill-advisedly labelled 'Pants-man'. Before the age of Twitter and Instagram came Bebo and Myspace - two ancient relics that disappeared into the ether of the internet.

However, remnants of the past still exist and ​Jordan Henderson's Bebo page is nothing short of timeless. Dele Alli and Andy Carroll are both honourable mentions in the defunct social media page category, but Henderson wins this round for the tagline 'had good game v ajax'.

Jordan Henderson: the first England captain to have a Bebo page? pic.twitter.com/49TX3z4lPQ It took some time for ​James Milner to jump on to the Twitter bandwagon. In that time, the parody account '@BoringJamesMilner' took Twitter by storm, relentlessly mocking the Liverpool midfielder for his rather tepid mannerisms.

All that changed when the real James Milner finally made his Twitter debut in 2018, kicking things off in style with a picture of him ironing a shirt, evidently chuffed to bits to be doing some chores.

#TBT to yesterday.... when I wasn't on Twitter!  pic.twitter.com/TJy4RxHZJx 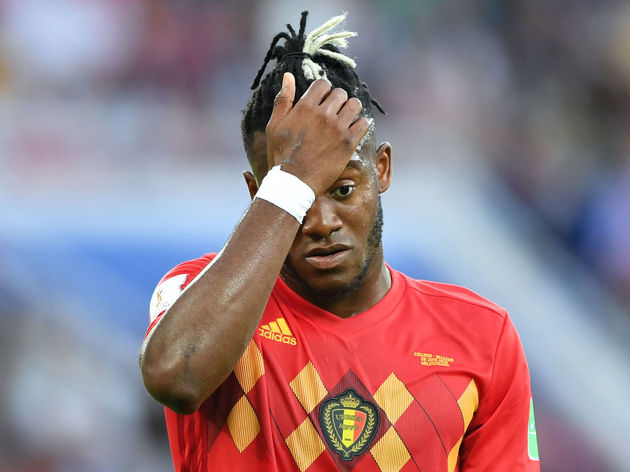 ​Michy Batshuayi was never able to make much of an impact on the pitch for Chelsea, but Blues' supporters soon warmed to him when he joined the club in 2016 after he regularly interacted with them on Twitter - no matter how bizarre the conversation was.

The famous incident in which he blasted a ball into the post before it ricocheted into his own face was also made all the more amusing by the Belgian striker's acknowledgement of how ridiculous the whole thing was. He tweeted that he tried spaghetti once. He enjoyed it. It was really funny. That's about it really.

I had spaghetti and it was very nice i enjoyed it Simply put, Patrice Evra is an absolute lunatic. His Instagram page is a treasure trove of bizarre videos which sheds some light on what footballers actually do when they aren't registered with a team.

He coined the phrase 'I love this game' - something he frequently reminds his followers regardless of what he is actually doing. In the case of Evra, that could either mean playing with a pig in the ocean or seductively putting a raw chicken in his mouth. No, I'm not sure either.