James is nearing the end of his two-year loan deal with the German champions and, despite generally limited game time, Rummenigge remains an admirer of the Real Madrid loanee and is keen for the Colombian to stay at the Allianz Arena. 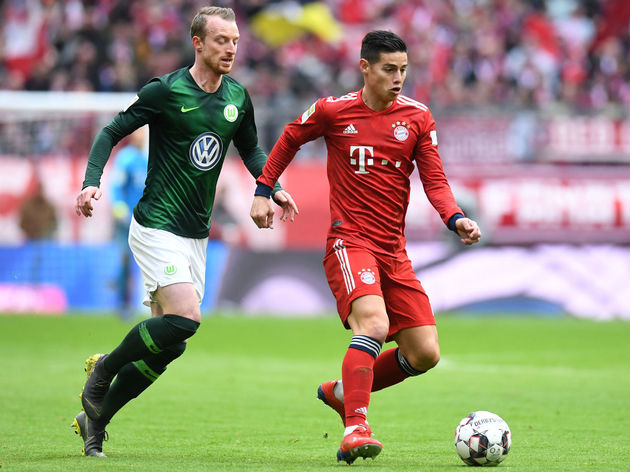 Speaking to German newspaper Abendzeitung Muenchen, the chairman said: "I still come out as a fan of James, he has an incredible great left foot and is a world star to me.

"But I have to say that everyone is happy with him, and I'm confident that James will be playing at Bayern again next term.

"I'm sure Niko Kovac will be fine with James looks the same and is now very happy with him, I do not think they had a problem."

The 27-year-old started just over half of Bayern's Bundesliga matches last season, registering seven goals and 11 assists, but it This season under Niko Kovac, Rodriguez has struggled further due to a knee ligament injury which left him sidelined between November and December. He has started just 11 games thus far, but a goal and two assists in his previous three appearances would surely have added to his case for a permanent summer move to the Allianz.

The loan deal was worth an initial €13m and includes an option to buy for €42m in June - a possibility Rummenigge is evidently considering as the season nears its conclusion.

The Munich legend explained: "We have to use the option before June 15. I have to make it clear that everybody here is happy with him."

​Arsenal were linked with the midfielder in January, and should the German giants opt out of the purchase, it's unlikely to be difficult for the gifted footballer to find a club.

Next up for Bayern is a Champions League last-16 second leg against ​Liverpool, and with the tie so evenly balanced after a stalemate at Anfield, Rodriguez will hope to make an impact on the match and further improve his standing within the German club.