​After a tightly contested 0-0 draw between the sides at Anfield last month, a thrilling encounter is to be expected in Bavaria as both sides have to go all in for the chance of advancement to the next round. ​Liverpool have experienced a mixed run of results following the first leg. Two goalless draws against rivals Manchester United and Everton have seen Jürgen Klopp’s men drop below ​Manchester City in the league table. The Reds also experienced big wins over Watford (5-0) and Burnley (4-2) to remain in contention for the ​Premier League title.

​Check out 90min’s preview of the Wednesday’s huge game. 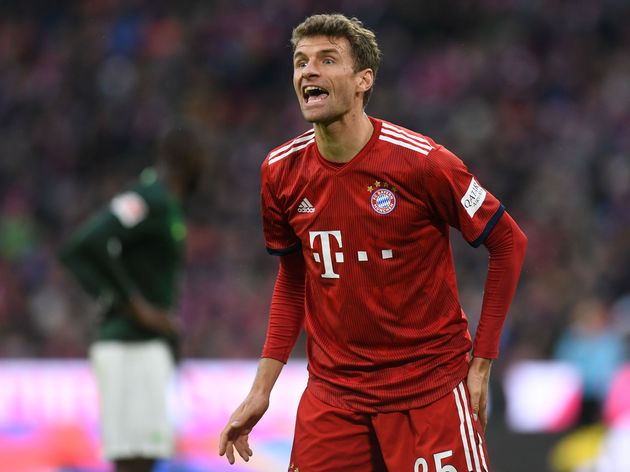 Long term absentees Corentin Tolliso and Arjen Robben will also miss out on the second leg.
​

Kingsley Coman is in doubt to make the squad on Wednesday night, after the young French winger was forced off during their win over Hertha Berlin in February with a torn hamstring. Coman has missed Bayern’s last two games but could return in time to face Liverpool
​

Klopp will be happy to have Virgil Van Dijk back at his disposal again, after the Dutchman missed the first leg through suspension and should return to the starting XI in Munich. Alex Oxlade-Chamberlain is a doubt as he fights with his fitness to be ready to return to action, but Wednesday night’s game could come a little too soon for the winger. James Milner and Dejan Lovern are also doubts for the Reds.

Head to Head Record
​
​Liverpool and Bayern are two of the most successful teams in the competition's history but games between both have never been easy to call. Wednesday’s game will be the ninth time the sides will have met in a competitive fixture.

Unbeaten in our last 20 European games at Anfield.

Onto Munich we go! ✊ pic.twitter.com/Gvw3WCpwRm

​​​Last month’s 0-0 draw was the fifth draw between the two teams. Liverpool have a slight edge in the head to head record, beating the ​Bundesliga champions twice and only losing once. Bayern will be out to continue their winning form when Liverpool come to Munich, but they haven’t beaten the Reds since 1971.

Recent Form
​
​After a surprisingly poor first half of the season, Champions League

Liverpool are also enjoying an unbeaten run in the Premier League. Since the defeat to Man City at the start of the year, the Reds have have failed to lose a game, recording only one league defeat throughout the entire season.
​

Klopp’s side ​came from behind to beat Burnley at the weekend and continued their fine scoring form at home. The victory will come as a huge boost for the Reds, as they managed to keep the pressure on City by closing the gap at the top of the table to one point.

​Here's how both sides have fared in their past five fixtures:

Both sides head into the game on good form and will both be eyeing a place in the quarter finals. Bayern have reached the last eight stage or later in the last seven years while Liverpool only have to look back as far as May for the last time they reached the final.

Liverpool will have to score in order to progress in the competition, and will hope that talisman Mohamed Salah will bring his barren run of five games to an end.

Bayern will rely on the Champions League and Bundesliga top scorer Robert Lewandowski to provide goals at the Allianz, but going by the first leg, goals will be hard to come by on Wednesday.
​