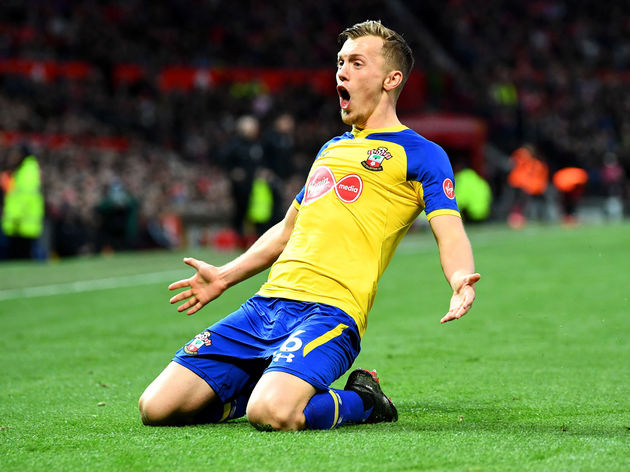 The England international has scored six goals in nine games and has been reborn under ​Saints boss Hasenhuttl.

Ward-Prowse added: "It's the first time I've had a manager who is brutally honest about me. Good and bad things. He has told me I need to win more tackles if I want to play in midfield. Not to go and smash people but to be aggressive.

"We have a really detailed way of playing without the ball now. It requires a lot of running and physical work which thankfully I'm good at. The manager showed me clips of teams he has worked at before and told me what he expects of a No 6 or a No 8.

"A lot of the goals we have scored have come from tackling high up the pitch. My goal against Everton was similar to that. It's just about learning."