Fulham manager Scott Parker has said that individual mistakes cost his side as they lost 3-1 to Leicester City on Saturday afternoon.

The Cottagers were defeated by goals from Jamie Vardy and Youri Tielemans as their dreadful league form continued. Although Floyd Ayite equalised at the start of the second half, it wasn’t enough as the hosts took all three points. Speaking after the game, Parker described his disappointment at his second defeat in charge. As quoted on the club’s official website, he said: “Obviously, individual errors have cost us the game in the end. The first half wasn’t us in the sense of how we wanted it to look.

“In the second half, we improved a lot, got an equaliser and at that point felt in control of the game, and were a threat.”

Saturday’s game showed how vulnerable ​Fulham’s defence is, who have now conceded 68 goals in the ​Premier League this season. Since taking over as caretaker manager Parker has lost both games in charge, ​losing 2-1 to Chelsea in last week’s west London derby. Parker added: “In this division, if you make big mistakes, the ball normally ends up in the back of your net and that’s what happened today. The mistakes changed the game and it was difficult from there.”

The defeat means that Fulham are yet to win away in the Premier League this season, having drawn twice and lost 14 of their 16 games on the road. The west Londoners remain 19th in the table, 13 points from safety. 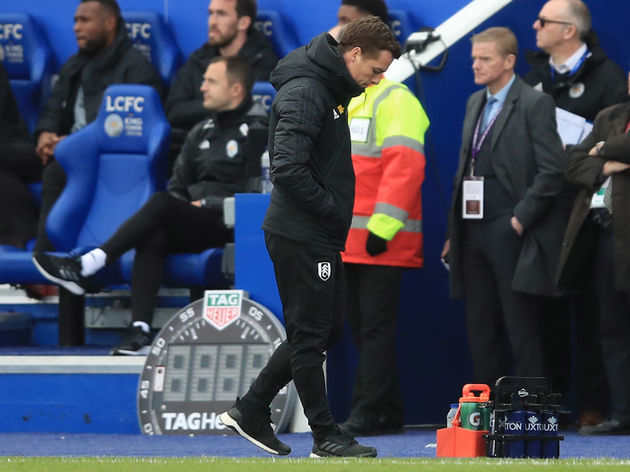 “Whether we’re down or mathematically relegated, every game will be a cup final from now until the end.”

Fulham next face two huge tests in their battle for survival, as they host title challengers ​Liverpool and ​Manchester City at Craven Cottage in the coming weeks.