The Foxes won thanks to goals from Youri Tielemans and a brace from Jamie Vardy, as the English forward celebrated reaching 100 goals for the club seven years after his arrival from Fleetwood town.

​Vardy’s landmark achievement saw him become the first ​Leicester player to achieve a century of goals since iconic Foxes striker Gary Lineker, who played for his boyhood club from 1978 to 1985.

100 - Jamie Vardy has scored his 100th goal for Leicester City in all competitions, becoming the first player to achieve the feat for the Foxes since @GaryLineker. Ton. pic.twitter.com/AkuHkZzLGL

Vardy also took his ​Premier League scoring tally to 74 goals, with only three players having topped his tally since his league debut in August 2014. Since then, only ​Harry Kane (122), ​Sergio Aguero (109) and ​Romelu Lukaku have scored more than Vardy.

However, Vardy contributes more to Leicester than just goals. Since his Premier League debut four-and-a-half years ago, he has got 24 league assists for the Foxes, with only now-​Manchester City winger ​Riyad Mahrez having generated more for the club (27).

The England international has also formed a formidable new partnership with summer signing James Maddison, who has assisted three of Vardy’s last four league goals since joining from Norwich City.

New Leicester manager Brendan Rodgers got off to the perfect start on his first home game in charge, having taken over from Claude Puel last month. After losing to a last minute winner to ​Watford last week, Rodgers was desperate for a win.

However it’s not surprising that his first win came against ​Fulham, with Rodgers having won all seven of his Premier League matches against the west Londoners. This is the joint-best record in the league, tied with Jose Mourinho vs Portsmouth and Roberto Mancini vs ​Wigan Athletic. 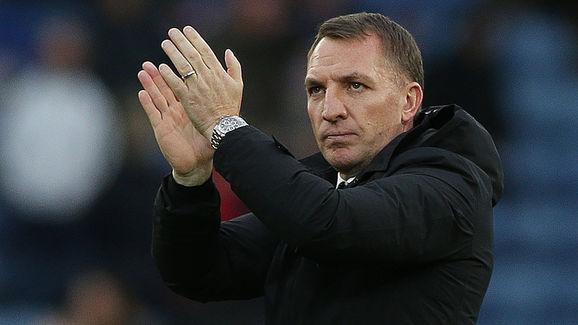 It was a crucial win for Leicester and another devastating defeat for Fulham, who are now 13 points away from safety. Both sides are back in league action next week, with Leicester away to ​Burnley and Fulham hosting Liverpool.