Manchester City extended their lead at the top of the table to four points on Saturday afternoon with a 3-1 win over Watford 3-1 at the Etihad.

The league leaders were frustrated by the Hornets in the first half, as they struggled to break down their stubborn defence. They had two big chances in the opening 45 minutes, with David Silva unable to guide his header towards goal and Sergio Aguero missing from close range.

City took the lead 40 seconds into the second half, as Raheem Sterling lifted the ball over Ben Foster. The goal was originally disallowed for offside, but referee Paul Tierney gave the goal after after reviewing his decision and consulting his linesman.

Manchester City doubled their lead four minutes later, as David Silva's pass put Riyad Mahrez through, the Algerian putting it on a plate for Sterling to score. The England forward completed his hat-trick on 59 minutes, delicately dinking the ball over Foster to all but secure all three points for the Citizens.

Gerard Deulofeu pulled one back for Watford seconds after coming off the bench, after fellow substitute Troy Deeney headed it down for the Spaniard to earn a consolation for the Hornets. 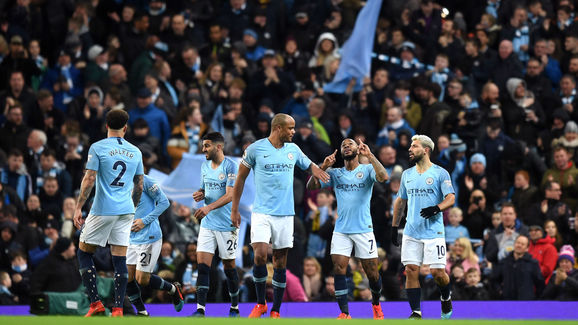 It was an underwhelming first half for ​Manchester City, not looking like the rampant, ruthless City side seen this season. However they upped their game in the second half, and secured the three points inside the opening 15 minutes.

It was a rampant second half display that won City the game, the league leaders finding their attacking flair and killing the game off quickly after the restart. It was a crucial win for Pep Guardiola's side, and another step towards retaining their Premier League crown.

13:12 - Raheem Sterling scored his hat-trick in 13 minutes and 12 seconds - the fastest in the Premier League since Romelu Lukaku's for Everton v Sunderland in September 2016 (11:37). Blitz. pic.twitter.com/eR6VcrnOmE

STAR MAN - In an absolutely outstanding performance, ​Raheem Sterling did the damage for City in the space of 13 minutes. It was his second half hat-trick that won them the game, an excellent performance which took his league goal tally for the season up to 15 goals. 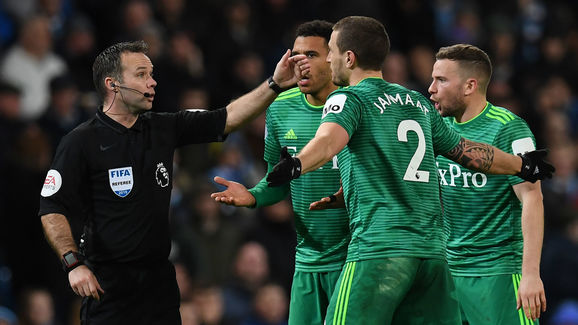 ​Watford will frankly feel hard done by, after a strong first half performance saw them still in the game by the break. However the Hornets collapsed at the start of the second half, cut open on three costly occasions which saw them lose the game.

Javi Gracia's side deserve credit for frustrating the champions in the first half, especially when considering it was a heavily rotated Watford side in anticipation for next week's FA Cup quarter-final. Nevertheless it was a disappointing defeat, and Watford will look at what could've been. STAR MAN - Gerard Deulofeu was Watford's brightest spark in a bitter defeat. His introduction to the game on 66 minutes changed the game for the visitors, and although his instant impact with his goal wasn't enough it was still a positive performance from the Spaniard. Both teams are in FA Cup action next week, looking to book their places at Wembley for the semi-finals. First up for Manchester City ​is their Champions League second leg against ​Schalke, before they travel to Championship side ​Swansea City in the Cup on Saturday afternoon.

Watford have a full week to prepare for their quarter-final tie, when they welcome ​Crystal Palace to Vicarage Road at Saturday lunchtime. The international break then gives the Hornets two weeks of rest, before they travel to Old Trafford to face ​Manchester United on 30 March.