The hosts looked to use the weather to their advantage in the early stages of the game, using quick passing and movement to cut through Stuttgart on the slick surface following heavy rainfall at the Westfalenstadion.

But Borussia Dortmund's final ball was lacking and they were forced into long shots throughout the first half, coming closest through It was a frustratingly typical performance for Borussia Dortmund fans on Saturday as once again the Black and Yellows dominated all of the ball but failed to click in the final third of the pitch. The likes of Jadon Sancho and Mario

When things don't click for Borussia Dortmund, the individual quality of England international Sancho really can prove to be the difference.

Jadon Sancho is absolutely unreal, skipping past that Stuttgart defence like they’re not even there

Jadon Sancho' maturity at such a young age baffles me.
What a player

Jadon Sancho is so so good

The 18-year-old isn't afraid to shoulder responsibility for Borussia Dortmund and at the Westfalenstadion on Saturday, it was his decision to demand the ball and then run at the opposition which was their biggest threat throughout the match. 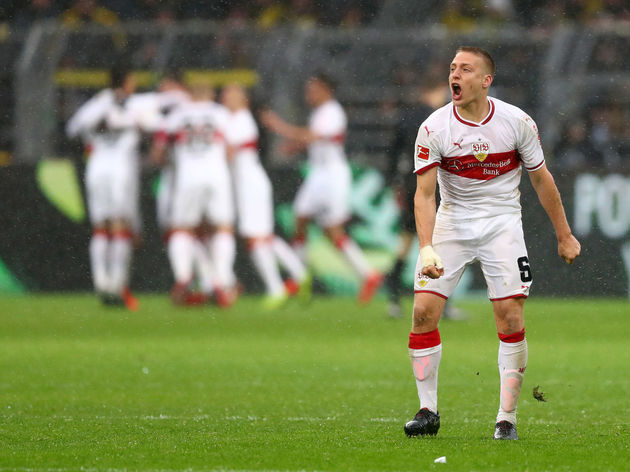 Borussia Dortmund face a tough away day in the German capital next week against Hertha BSC before hosting Wolfsburg in the last match of their pre-Klassiker fixtures, while Stuttgart will hope to get some points on the board against Hoffenheim and Eintracht Frankfurt.