The US women’s national team have filed a lawsuit against the US Soccer Federation, as they seek equal pay with the men’s team.

All 28 squad members came out on Friday – International Women's Day – to file the lawsuit, as the dispute between the national team and the football federation has dramatically escalated months before World Cup defence gets underway in France. 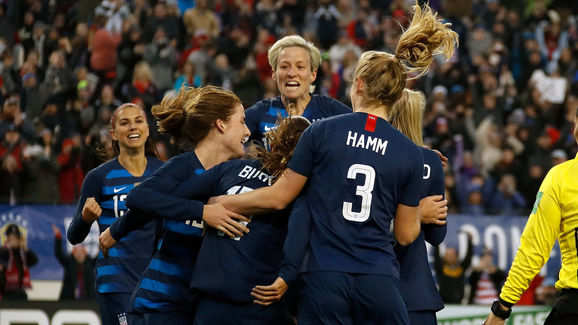 As reported by the New York Times, the players are accusing their national football governing body of ‘institutionalised gender discrimination’ surrounding a pay gap and poor conditions, an issue they claim has been ongoing for years.

The lawsuit has come at possibly the worse time for the US Soccer Federation, with the national team in the midst of preparing for this summer’s World Cup. The Stars and Stripes are looking to win their fourth title, and become only the second team to retain the trophy.

The players claim that the pay gap between them and the men’s team is not only unacceptable, but has also been affecting their football. They said that it has affected where and how often they train, as well as their travel to matches.

This is not the first time the national team have spoken out against their governing body. In 2016, five American players including Carli Lloyd and Alex Morgan accused the federation of wage discrimination, though since then nothing has changed.

While three years ago the case was submitted to the Equal Employment Opportunity Commission, this time the lawsuit has gone to the United States District Court in Los Angeles, as the dispute has become far more serious.

The players also argue that despite playing more matches and being far more successful than the men’s team, they still earn far less. Since 2018 the women’s team has played 24 games and lost just once, while the men’s team have played 12 times with five victories. The US aren’t back in action until next month, when they begin the first of five friendlies in preparation for the World Cup. They first host Australia in Colorado on 4th April, before facing Belgium in Los Angeles three days later.