​UEFA have published written clarification over the reasons why Manchester United were awarded a penalty in the closing stages of their Champions League last 16 clash with Paris Saint-Germain this week, after match official Damir Skomina consulted VAR technology.

Given that it put United through at PSG's expense and came at such a late stage of the game, the penalty has been a major talking point, with pundits and ex-referees, including the BT Sport studio panel, Dermot Gallagher and Mark Halsey all claiming it was the wrong decision.

However, UEFA have clarified exactly what happened and why a penalty was awarded.

"The VAR, after checking various different angles available to him, recommended to the referee an on-field review following the penalty area incident," a statement read.

"Given that the referee did not recognise the incident clearly during live play (referred to as serious missed incident in the VAR protocol) an on-field review was conducted.

"Following the on-field review, the referee confirmed that the distance that the ball travelled was not short and the impact could therefore not be unexpected. The defender's arm was not close to the body, which made the defender's body bigger thus resulting in the ball being stopped from travelling in the direction of the goal. The referee, therefore, awarded a penalty kick. 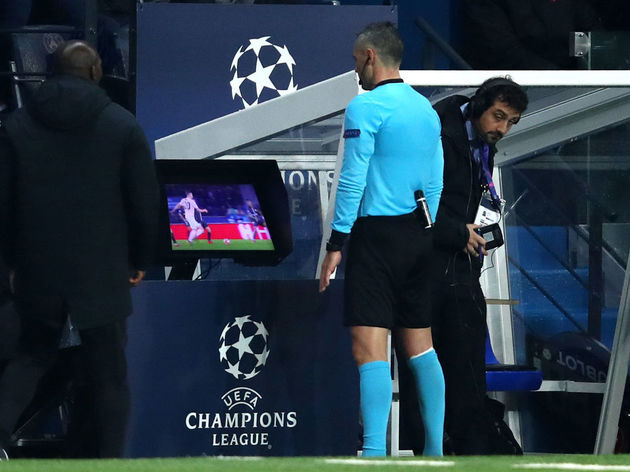 "All the above-mentioned decisions were made in full compliance with the VAR protocol."

The laws of the game as things stand state that 'Handling the ball involves a deliberate act of a player making contact with the ball with the hand or arm', and that the 'movement of the hand towards the ball (not the ball towards the hand)' must be considered.

However, UEFA head of referees Roberto Rosetti explained to The Times in January that the introduction of VAR to the Champions League this season would see players penalised for any unnatural movement of an arm that strikes a ball.

"The big challenge is the position of the arm. When the arm is totally out of the body above the shoulder it should be penalised. If the defender is making the body bigger in order to block the ball it is not fair," the Euro 2008 final referee explained.

"It is different if the defender is challenging or playing the ball and it rebounds. But if he is looking to block a cross or a shot on goal and the player is trying to spread his body then it is a handball." 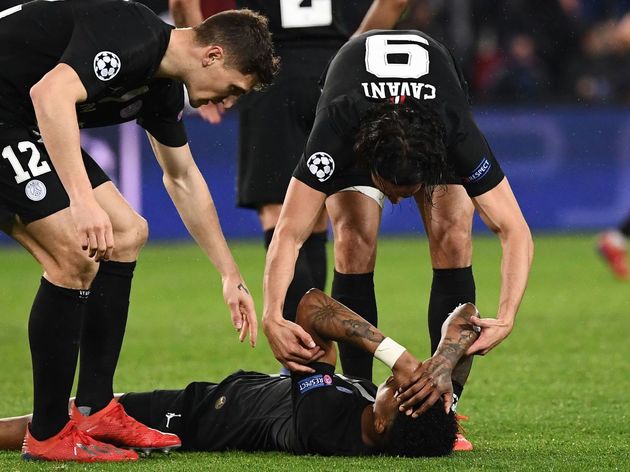 This stricter interpretation of the rule is why Presnel Kimpembe, whose arm was noticeably away from his body when the ball struck it, was penalised.

The wording of the handball law has also been cleaned up after changes were approved for next season by the International Football Association Board (IFAB) just this week. The idea that handball should only be penalised if it is a deliberate act will no longer be part of it.