​Injured Paris Saint-Germain star Neymar Jr was reportedly involved in a bust-up in the Parc des Princes tunnel following his side's last-gasp loss to Manchester United in the Champions League on Wednesday night.

The Brazilian, who was an enforced absentee following the foot injury he sustained against Strasbourg in the French Cup back in January, is said to have been restrained by several members of the club's staff after attempting to enter into the match officials' room. 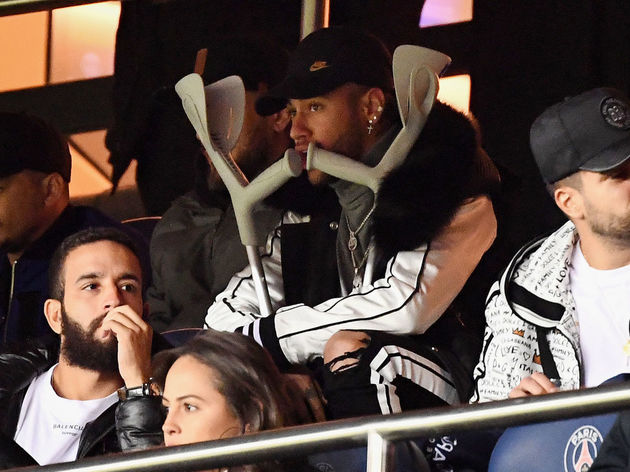 Neymar had already vented his frustrations at the decision to award the Red Devils a 90th minute penalty, following a hand-ball from Presnel Kimpembe, ​on his ​Instagram story.

Alongside a picture of the incident, the forward decried: "This is shameful! And they still let four guys that do not understand football look at the slow motion video, this doesn't happen!

And, now, according to ​RMC Sport, it appears that this was not the only possible circumvention of UEFA article 11 - which prohibits "Insults or any other conduct that violates the basic rules of conduct" - that Neymar was potentially culpable for on Wednesday night.

⏲ Last minute
 Away to PSG in the Champions League
 For a place in the quarter finals
1⃣ First competitive penalty for Man United@MarcusRashford, B̶a̶l̶l̶s̶ Man Of Steel! 惡‍♂️ pic.twitter.com/s3Lxxx47fi

There were also reports that this irritation was not aided by the nearby celebrations of ​United players and representatives, including Patrice Evra, who were allegedly a little too open with their joy.

There was grace-saving moment for ​Neymar to come, though, with many outlets noting the fact that he engaged in a long hug with coach Thomas Tuchel as symbolic for his burgeoning respect towards the coach, something which cannot always be attributed to the Brazilian.