Providing support and competition for Sadio Mane, Roberto Firmino and Mohamed Salah will be important this summer, with Daniel Sturridge and Divock Origi both tipped to leave Anfield. Furthermore, Mane and former Leipzig midfielder Naby Keita have both already spoken positively about the idea of Werner joining Liverpool.

The Liverpool Echo now cites a report originating from Germany claiming that the Reds have made contact with Leipzig, asking to be kept informed of any developments in Werner's future.

The 23-year-old is only under contract with Leipzig until 2020 and this summer will be crucial in determining where he will be playing his football.

Leipzig have already publicly denied that Werner has an agreement with ​Bayern Munich, insisting that they will not allow a deal to happen while he is still their player, referencing pre-arranged deals that saw them sign Robert Lewandowski and Leon Goretzka in recent years. 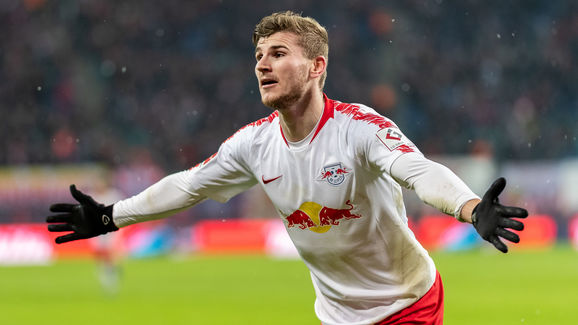 "A possible agreement is impossible for 2019 [right now]. We would have to agree, and we are not," Leipzig boss Ralf Rangnick has declared.

"Nobody has approached us from Bayern. There will not be a case like Leon Goretzka and Robert Lewandowski between us and Timo Werner. Clubs that want him will report in the summer and then we will find a fair, mutually agreed solution."

Werner has scored 13 times in all competitions for Leipzig so far this season and is on course to match the tally of 21 goals that he managed in each of the last two campaigns.