Zinedine Zidane opted to walk away in the summer, leaving on a high rather than risk a drop off, while Cristiano Ronaldo made his way to Italy for a new challenge with Juventus.

What was left behind is seemingly now a spent force

As the need for a squad overhaul becomes apparent and a new generation begins, these are six big name players who could leave Real Madrid this summer... Through no fault of his own, Keylor Navas has been dumped as number one goalkeeper in favour of Thibaut Courtois. The fact that the giant Belgian has hardly set the world alight since arriving at the Bernabeu has only made it harder for his predecessor to swallow.

The Real hierarchy had wanted a marquee goalkeeper for years, having moved Iker Casillas on in 2015, suggesting there is little chance of Navas regaining his place.

Yet this remains a player of proven quality at the highest level and he is deserving of a starting place and a fresh start at a new club.

Paris Saint-Germain may be in the market for a new goalkeeper this summer if Gianluigi Buffon finally retires, while Juventus could also consider a move. Even Atletico Madrid might be interested should another European giant move for Jan Oblak. 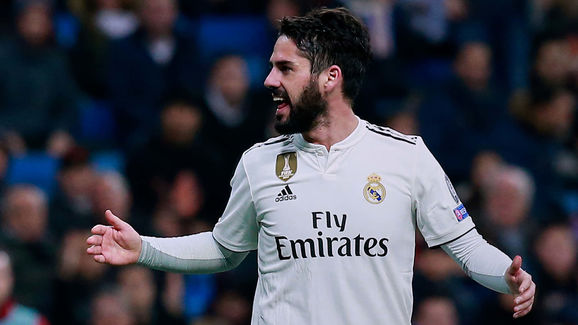 Of every big name who has struggled at Real this season, Isco appears the most likely to be playing his football somewhere else in 2019/20 after falling so far out of favour.

This was a player who was famously preferred to Gareth Bale to start the 2017 Champions League final, and seemed destined for a long and successful career at the Bernabeu.

Bizarrely, Isco is still yet to start a single La Liga game under coach Santiago Solari, who was appointed at the start of November. He was also ignored for the recent Copa del Rey clashes with Barcelona and left out of the squad to face Ajax this week.

Isco's situation is different to the rest. He is a number of years younger and a change of scenery could be the catalyst to resurrecting a career that was still vibrant less than 12 months ago.

Manchester United, Liverpool, Arsenal, Chelsea and Tottenham have all been linked. Having been with Real since moving from his native Brazil as a teenager in 2007, Marcelo has been heavily tipped to follow former colleague Cristiano Ronaldo to Juventus.

The four-time Champions league winner was reported to be considering the move last summer, but Ronaldo's move to Turin seemingly exhausted Juve's resources for the year.

Now, however, as the Italian giants continue to try and build a team capable of finally winning the Champions League for the first time since 1996, that interest could start up again. Perhaps he now also wishes that a proposed summer transfer to Inter had gone through.

The Croatian icon was given the run-around this week by Frenkie de Jong, a player whose future is already tied to Barcelona after a €75m move was pre-arranged in January.

There had been rumours of Modric extending his contract at Real and eventually retiring at the Bernabeu, but does he have the time to wait until the club emerges at the other end of what now looks like a dreaded 'transition period'?

Equally, will Real feel the time is right and oblige if Inter come back? Gareth Bale's agent has been very vocal this week about the Welsh winger staying at Real, insisting, "Despite what the Spanish press are reporting, he's happy, he speaks reasonable Spanish and there is no problem between him and the rest of the Real players.

"The people writing these things know nothing about him. There has not been one single discussion about Gareth leaving Madrid."

But it remains incredibly difficult to believe that everything is rosy for Bale at the Bernabeu.

Stories from both Marcelo and Thibaut Courtois have painted him as a something of an outcast, while his injury record continues to be a source of major frustration and he has even been booed by his own fans.

Bale, who will turn 30 years of age this summer, has also failed to fill Cristiano Ronaldo's shoes and has been left out of the team by successive managers, even when fit, far more than a player of his reputation and quality ever should be.

A return to the Premier League is probably a no-go, but an ambitious Inter looks to be the perfect destination for the next chapter. The club is backed by wealthy owners, is desperate to challenge Juventus for Serie A supremacy and could need a new talisman if Mauro Icardi goes. 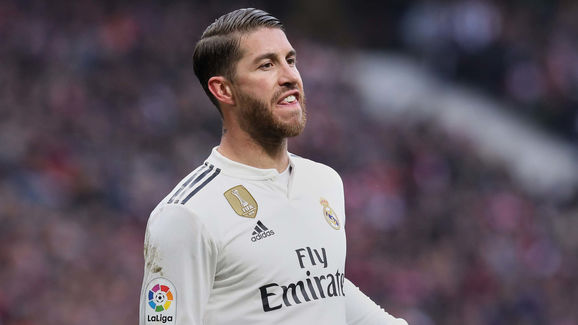 It is shocking to even think it, but has Sergio Ramos run his course as a Real Madrid player?

The defender first arrived in the Spanish capital as a teenager in 2005 and has played over 600 games for the club, winning every major honour during that time. But he will turn 33 years of age this month and was absent through his own arrogance and/or stupidity for the crucial Ajax game.

With his contract up for renewal at the end of next season, Real will have to make a decision as to whether he will be a part of the immediate future.

Getting rid of a player of his standing may seem harsh and callous, but Real aren't known for tiptoeing around declining stars, as Iker Casillas found out the hard way.

While PSG would probably happily welcome most Real player, defence is probably an area where they don't need strengthening after assembling a group of talented centre-backs.

Manchester United, who were heavily linked with Ramos the last time his contract was nearing its expiration, are in the market for a defensive leader and could become interested again.