Ajax 1995: What the Dutch Giants Last Golden Generation of Players Would Eventually Achieve

​The landscape of European football was turned on its head this week as Ajax - a team renowned for producing an abundance of generational young talents - shocked the world to topple Real Madrid from their all conquering Champions League perch.

The Spanish giants have dominated the most prestigious competition in European football for the last three seasons, winning an unprecedented hat-trick of Champions League crowns.

But, after a tumultuous season so far, Los Blancos were torn limb from limb by a breathtaking performance from a fresh faced Ajax - crashing to a humiliating 4-1 defeat at the Santiago Bernabeu to be eliminated in the round of 16, 5-3 on aggregate. Such was the poise, control and overall dominance that Ajax demonstrated on the night, comparisons have quickly been made between this current crop of players and the 33-time Eredivisie champions famed side of 1995. It's not difficult to see why either.

In emerging stars Frenkie de Jong and Matthijs de Ligt, they have two of the hottest properties in world football at their disposal, and in Dusan Tadic and Hakim Ziyech, they have two technically gifted players who look ready to conquer the world stage.

The bubble could be about to burst for Ajax, though, with De Jong's bags packed in preparation for a summer move to Barcelona and De Ligt being linked with a move to every big club imaginable. And what next for Ziyech, Tadic and the highly rated duo of David Neres and Andre Onana?

6 - Dusan Tadic became the second ever player to score at least six goals for @AFCAjax in one Champions League season, after Jari Litmanen (in 1994-95 & 1995-96). Artist. pic.twitter.com/PcWdwN3JSi

Time will tell, but for now, here's a look back at the iconic side that tasted Champions League success in 1995 - and what they went on to achieve in the game.

Ajax's academy is world renowned for producing unbelievable amounts of talent, and 24 years ago, they had it in abundance.

The foundations for their success were formed by a rock solid defence, marshalled superbly by the imposing figure Edwin van der Sar. His standout save from Marco Simone in the first half remains one of the most iconic moments of that game, and perhaps can be looked back on as a defining moment in the then 24-year-old's career. Van Der Sar would go on to become, most probably, Netherlands greatest goalkeeper to date - spending a further five years with his boyhood club before moving to Turin in order to join Juventus. His greatest accomplishments would perhaps come at ​Man Utd though, where the Dutchman would win a second Champions League crown - saving Nicolas Anelka's penalty in a dramatic penalty shootout against Chelsea in a rain soaked Moscow.

The back four who played in front of him against Milan were nothing short of superb too. Michael Reiziger's emergence at right-back was the kick start of his career at the highest level, with a move to Milan two years later eventually leading to a seven-year stint with ​Barcelona. There, he would win two La Liga titles, as well as earning himself 72 international caps for his country.

Forming a formidable central defensive partnership alongside him were Danny Blind and Frank Rijkaard, who is widely regarded as one of the greatest talents to have emerged from the Amsterdam based club's academy.

Though both were in the twilight of their careers, they had enjoyed phenomenal success. Blind won 16 trophies during a 13-year career with Ajax, while Rijkaard was winding down a career that had seen him win countless Eredivisie titles, numerous trophies with AC Milan and earn back-to-back third places finishes in the coveted Ballon d'Or vote.

There was a reliable figure at left-back too, with Frank de Boer establishing himself at the time as one of the most versatile and adaptable defenders in the world. He would remain loyal to Ajax for 11 seasons in total, winning endless amounts Eredivisie crowns, as well as the UEFA Cup during the early 1990s.

Ajax's defence was good, but the midfield talent they had available to manager Louis van Gaal was nothing short of superb. Edgar Davids, who at the peak of his powers with Juventus was widely regarded as the best defensive midfielder in the world, started alongside a fresh faced 19-year-old Clarence Seedorf. 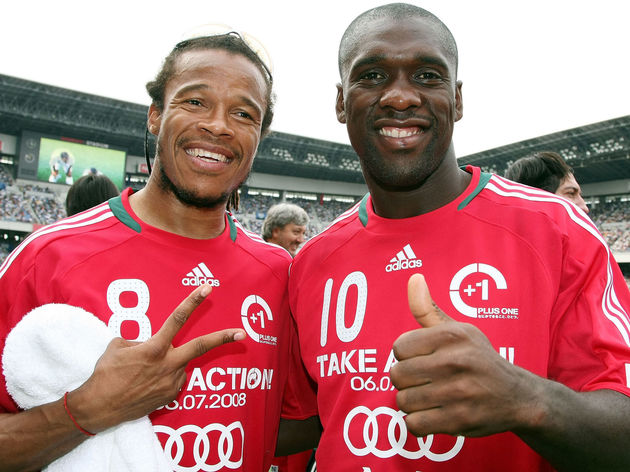 Seedorf's youthful exuberance in the middle of the park epitomised everything Ajax stood for at the time - and his appearance in the final marked the beginning of one of European football's most successful careers. The Dutch maestro would lift the Champions League on four occasions, for an unprecedented three different clubs - Ajax, ​Real Madrid and AC Milan - displaying incredible longevity to enjoy a near 20-year career at the top of the game.

Davids, meanwhile, graduated from Ajax's youth academy in 1991 and won a hat-trick of league titles, doing the same at Juventus between 1997 and 2004.

On the wings, Ajax fielded Finidi George and a certain Marc Overmars, who after the 1995 would go on to become one of the world's most feared wingers during his three year spell at Arsenal. The electrifying Dutchman set the Premier League alight with his blistering pace, but his career was ultimately curtailed by persistent injury problems - that culminated in retirement while at Barcelona aged just 31.

The talent kept on coming up front, as Van Gaal opted for a two-man strikeforce - as Finland's greatest export Jari Litmanen was paired up with Ronald de Boer. Though neither would score the winning goal on the evening, both were intricate to the success of Ajax's style of play - dropping deep to link up play with midfield, pulling Milan's defence out of position in the process. 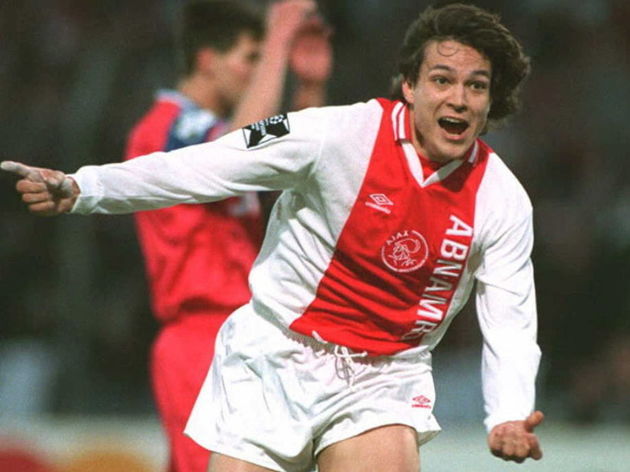 Litmanen scored 27 goals that season, and 136 overall during two separate spells in the Dutch capital - while De Boer, who left in somewhat controversial circumstances with his brother Frank in 1999, racked up five Eredivisie titles, successfully converting himself from striker to accomplished winger as the years went on.

The hero of the hour though would be substitute Patrick Kluivert, who had first joined Ajax's academy aged just eight. He spent 13 years in Amsterdam before moving on to Milan in 1997 - but his crowning glory came when he fired home the winner five minutes from time to seal a fourth European crown, and first under the Champions League moniker.

The win, against all odds, etched Ajax into the history books once more - and who would bet against their new generation of stars repeating their predecessors legendary feat?