Real Madrid were searching for their fourth consecutive Champions League triumph this season, but after suffering a shocking defeat to Ajax in the knockout rounds, Los Blancos will have to endure a trophy-less 2018/19 campaign.

Ahead 2-1 after the first leg in Amsterdam, Real were crushed 4-1 at the Santiago Bernabeu to go crashing out of the competition. The result was a surprise to many, but what about some of the other devastating defeats L 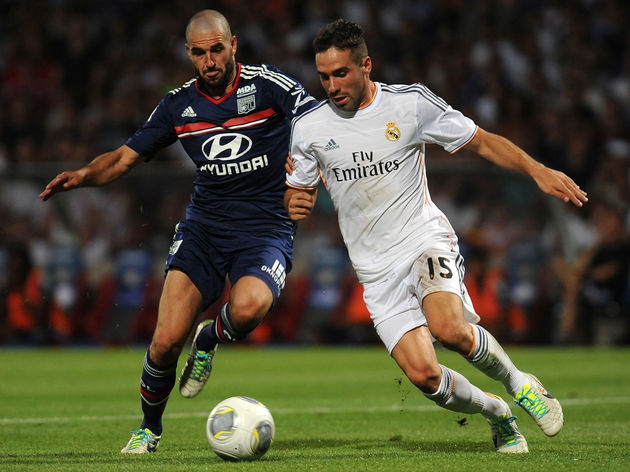 In the 2005 Champions League group stage Realtravelled to Lyon to face the likes of Florent Malouda and Juninho. Lyon's defence stifled the attacking threat of Robinho and Raul while John Carew, Juninho, and Sylvian Wiltord got on the scoresheet for the hosts. In the 2012/13 season, Borussia Dortmundwere one of the most feared teams in Europe. Under the direction of Jurgen Klopp, Dortmund completely unravelled the Real defence when the two sides met in the first leg of the semi-final.

Robert Lewandowski scored four times against Los Blancos in one of the trademark performances of his career. Three of those goals came in a 16-minute span as the Polish striker ran riot on the Real back-four. The two European heavyweights squared off in Group C in the 1999/2000 Champions League. In the second match between the sides, Real travelled to Munichand were beaten handily by the hosts. The match ended 4-1, but the result could have been much worse. In the 1992/93 UEFA Cup, Madrid travelled to Paris for the second leg of their quarter-final tie. Real lead 3-1 on aggregate but suffered a surprise 4-1 defeat to the Parisians which sent them out of the competition.

George Weah opened the scoring for PSG in the 34th minute and the final three goals scored were in the final ten minutes of the match. It was a stunning comeback by PSG after the tough first leg.

The 1975 Champions Cup had Derby Countyface off against Real Madrid in the second round. Derby surprised everyone when they won the first leg at home 4-1. Real turned it around in the end, winning the second leg 5-1 and advancing to the next round.

Charles George scored a hat-trick that included two penalties and was the difference maker for Derby in this match. Real's lone goal would come back to help them overcome the huge deficit in the second game. Real suffered one of their worst European defeats on Tuesday night. Los Blancos had their chances throughout the match, but the cards were just in Ajax's favour and they went home with a historic 4-1 win.

It was the worst European loss at home in Real Madrid's long history. In 2008/09 Real were humbled by Liverpool in the round of 16. After losing the first leg of the fixture 1-0 at home, Real were completely overwhelmed in the away leg. Fernando Torres and Steven Gerard were on the scoresheet that day at Anfield and the match ended 4-0 in a complete demolition job for the Reds. After winning the home leg of the semi-final fixture 2-0 against Hamburg, Real had to travel to Germany in an attempt to reach the finals of the 1980 UEFA Cup. 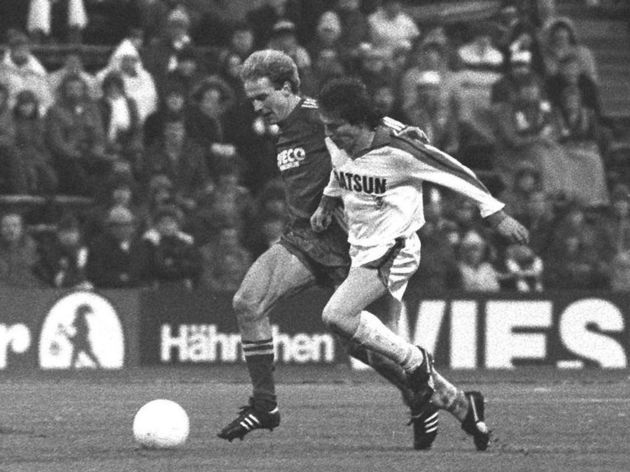 Real Madrid and Benfica won the first seven editions of the European Champions Cup ever played. In the 1964/65 campaign, the two superpowers faced off in the quarter-finals.

Benfica embarrassed Real 5-1 in the first leg with goals coming from Jose Augusto, Eusebio, Simoes, and Coluna. Real were not able to salvage the tie, despite a respectable 2-1 outcome in the home match. While many people may not have heard of Kaiserslautern, they handed down one of the worst defeats in Real Madrid's history. The UEFA Cup in 1982 saw Real give up two goals and receive two red cards in the first half and another three goals and one red card in the second half. A 5-0 scoreline doesn't sound too bad when you have three men sent off in one match.

Real won the home leg of the fixture 3-1, but this was obviously not enough to help them into the next round. Kaiserslautern went on to lose to eventual winners IFK Goteborg. ​The semi-finals of the 1988/89 Champions Club Cup pitted European heavyweights AC Milan and Real against each other. Milanfielded legends such as Carlo Ancelotti, Frank Rijkaard, Ruud Gullit, and Marco van Basten. The first leg saw the teams draw 1-1, setting up a deciding match at the San Siro.

The game in Milan didn't go as planned for Real and they fell victim to a 5-0 hammering. Every goal was scored in the first sixty minutes of the match with five different players getting on the scoresheet.