​Harry Kane's only goal of the game ensured a safe passage for Tottenham into quarter finals of the Champions League with a 1-0 victory over Borussia Dortmund - winning the tie 4-0 on aggregate.

The hosts dominated the first half, although couldn't find a way past a resolute Spurs defence, with Hugo Lloris in fine form to keep out efforts from Julian Weigl, Mario Gotze and Jadon Sancho, while Jan Vertonghen and Ben Davies blocked well to deny Marco Reus and Weigl.

Mauricio Pochettino's side, meanwhile, only had one chance in the opening 45 minutes, which came in the 31st minute, although Son Heung-min could only poke his shot wide, while under pressure from Marius Wolf.

Despite being on the back foot for the vast majority of the first half, Tottenham netted a crucial away goal three minutes after the restart, with Kane latching onto Moussa Sissoko's pass, before curling his finish beyond Roman Burki - and becoming the club's all-time leading goalscorer in Europe in the process and ensuring a safe passage into the quarter finals. 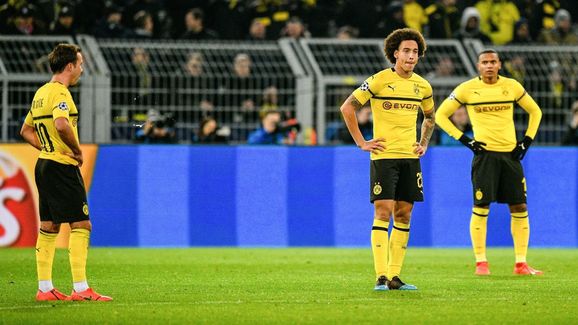 Knowing the task in front of them, Borussia Dortmund went after Tottenham in the first half as they looked to overturn the three-goal deficit, although despite their best efforts, couldn't find a way past a Hugo Lloris in inspired form, and a defence in front of him that blocked everything.

Despite their efforts however, the Harry Kane goal three minutes after the restart effectively killed off the tie, as the energy and dynamism that Lucien Favre's side attacked with in the opening 45 minutes quickly dissipated not long after.

The only consolation for Dortmund is that they can now solely focus on the winning the Bundesliga, with their lead at the top recently slipping, as Bayern Munich are now level with Die Schwarzgelben with only ten games of the season remaining, having had a nine-point lead after 15 games. 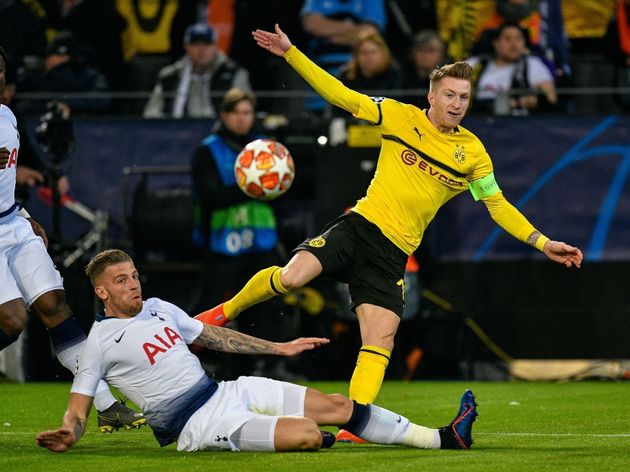 Marco Reus was at the centre of all of Borussia Dortmund's positive play in the first period, as the German was on hand to play cute one-twos, as well as make runs beyond Tottenham's defence.

While Dortmund couldn't produce the result they required, Reus showed glimpses of the talent we all know is there, with the attacker likely to be a key player if Dortmund are to finish the season as Bundesliga champions.

Finally Marco Reus comes off. Thomas Delaney replaces him. A good performance by the captain despite the scoreline #BVBTOT 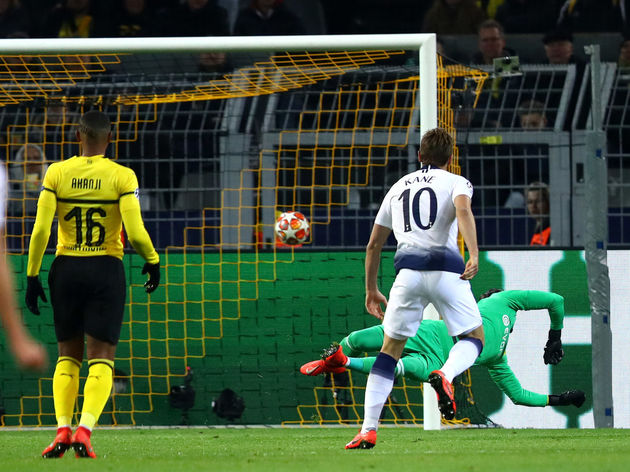 With the hard work done in the first leg at Wembley, Tottenham knew that only a monumental slip-up would cost them their place in the quarter finals, although did have to withstand a Borussia Dortmund onslaught in the first half.

Spurs' defence however were up to the task, with the likes of Jan Vertonghen and Ben Davies producing vital blocks, while Hugo Lloris looked unbeatable at times, with his save to keep out Mario Gotze's curling effort the pick of the bunch.

Kane 1-0, Tottenham. The difference in quality of finishing to calm Spurs' nerves. 4-0 up on aggregate.

Tottenham Hotspur are in the Champions League quarter-finals! Such a professional performance here in Dortmund as they win 4-0 on aggregate to book their spot in the last eight.

After soaking up the pressure in the first period, Tottenham killed the tie off through Kane's goal three minutes after the restart to cap a well-managed last 16 tie by the Premier League side and reach the last eight for only the second time in the club's history.

While Harry Kane scored the game's only goal, Hugo Lloris was pivotal to Spurs' win against Dortmund due to his first-half display.

The Frenchman, who has come in for criticism at times this season, was at his best in Germany, doing well to keep out the likes of Marco Reus, Julian Weigl and Jadon Sancho, while his fingertip stop to keep out Mario Gotze was the best of the lot in order to keep a clean sheet.

Good battling performance by Spurs against a Dortmund side who have been superb so far, they have been all over Spurs raining shots on Lloris's goal but Hugo has stood firm so far with the help of Vertonghen & Davies making some great goal saving blocks, COYS pic.twitter.com/Q4jUeLkTAM

Borussia Dortmund's attention between now and the end of the season will be on the Bundesliga, with their next game against Stuttgart at home this weekend.

Tottenham meanwhile travel to the south coast to play Southampton, also on Saturday, as they look to end a run of three league games without a win.