Odegaard, who joined Real in 2015, has spent the previous two campaigns plying his trade in the Eredivisie. This season, he has registered an impressive five goals and six assists which appears to have attracted the attention of Ajax, who are keen on a summer move. According to Spanish news outlet ​Marca, Ajax could be preparing an offer 'close to €20m' to prise the youngster away from Madrid in the forthcoming transfer window, with the club looking to replace Frenkie de Jong, who will join ​Barcelona in the summer.

However, the report goes on to say that ​Real Madrid are 'not considering any exit' for Odegaard, with president Florentino Perez extending Odegaard's contract until 2021 at the beginning of last season.

Odegaard burst onto the scene as a 15-year-old playing for Norwegian side Stromsgodset, becoming the youngster ever player to appear in the 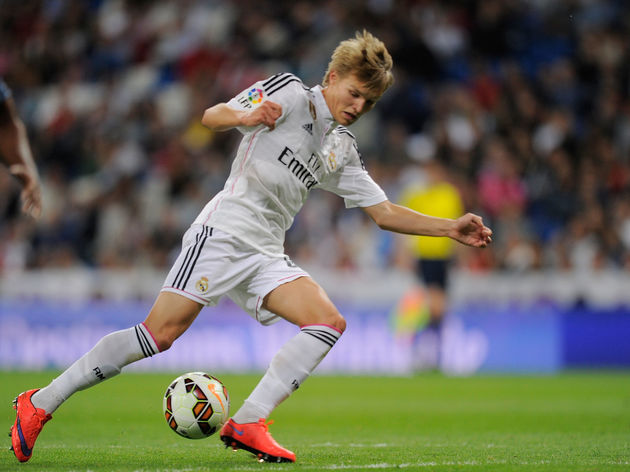 However, with the constant attention of the world's media scrutinising his every performance, he has been unable to break into the Los Blancos first team and has been shipped out on-loan for consecutive campaigns.

Odegaard has rebuilt his career to a degree in Holland, and a move to Ajax may prove to be the necessary step in order for the 20-year-old to reach stardom.

Ajax will be in the market for a midfielder after allowing De Jong to join Barcelona in a mammoth €75m deal. They will certainly have the resources to fund a move for Odegaard, but whether Madrid will be tempted to sell the budding star remains to be seen.