Marco Reus has insisted that Borussia Dortmund are more than capable of overcoming Tottenham in the second leg of their Champions League round of 16 fixture on Tuesday evening.

Tottenham blew away Dortmund in the first leg at Wembley, leading the tie 3-0 at the half way point. Dortmund's form has taken a dip since, with their most recent result being a disappointing defeat to Augsburg in the league, opening the door for Bayern Munich in the race for the Bundesliga title. ​Reus, who only recently returned from injury to face Augsburg, is still confident that ​Dortmund can pull off a shock against ​Spurs.

"We've already had several games at home where we've made history. We're capable of the impossible.

"We know we can always score goals," he added. " 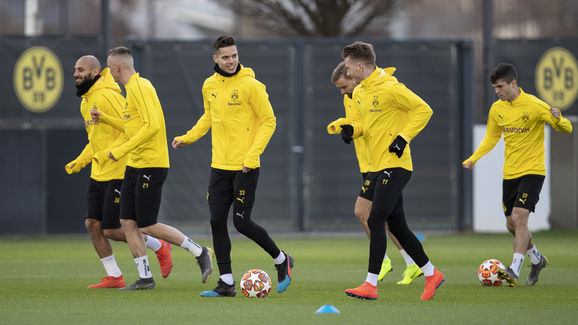 "I feel good. I knew I wouldn't be able to play 90 minutes against Augsburg after so long out. But if I need to play 120 minutes, I'm ready."