Rakitic scored the match-winning goal against Real Madrid on Saturday night capping two Clasico victories in the span of just four days. The goal was also historic for the fact that it put Barcelona ahead in the head-to-head record of the clubs for the first time in 87 years.

According to AS, the Rakitic had a 'gentleman's agreement' with the club to improve his contract, but no firm offer has been put on the table. The Croatian has been on the radar of Europe's elite clubs since the negotiations stalled

PSG have already come knocking on Barcelona's door looking to pry the playmaker away from the Camp Nou, but could not find the funds to trigger his Premier League in the form of Manchester United among othersSerie A, most notably from Inter,

Rakitic is a fan favourite at Barcelona, but may be a summer casualty due to a reported need to balance the books at Camp Nou, with the club's wage budget already stretched. The report from AS also notes that the arrival of Frenkie de Jong and, possibly, Adrien Rabiot also weakens Rakitic's position. 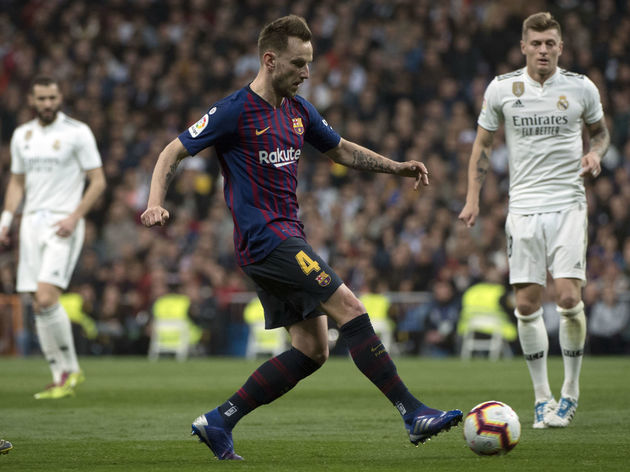 Meanwhile, manager Ernesto Valverde is eager to hold onto Rakitic as he sees the player as the perfect link between the players on the pitch and the manager's instructions.

Barcelona will be fighting for their first silverware of 2019 as they take on Girona in the Supercopa de Catalunya, before they look to extend their lead at the top of La Liga against Rayo Vallecano on Saturday evening.