​Manchester City are ready to hand midfielder Bernardo Silva a new six-year contract to convince him to reject interest from both Real Madrid and Barcelona.

The 24-year-old has been in stunning form this season, and widely regarded as one of the Premier League's most exciting midfielders. He is currently under contract until 2022, but that has not stopped the La Liga giants from tracking the Portuguese international.

News of the new contract for ​Silva comes from ​The Sun, who state that he is viewed by ​City as the successor to 33-year-old ​David Silva in the heart of their midfield.

Silva has racked up five goals and seven assists in 28 league appearances, prompting both ​Real and ​Barcelona to launch enquiries about his availability. However, Silva is said to have confirmed to City officials that he sees his long-term future in Manchester.

He signed a £100,000-a-week deal when he moved to City in 2017, but it is thought that the Citizens are prepared to double his wages as they seek to prove their commitment to the midfielder. The likes of Aymeric Laporte, Phil Foden and ​Raheem Sterling have all signed new contracts at the club this season, and Silva looks set to be the next first-team star to commit his future to City.

With ​Kevin De Bruyne struggling with injuries, Silva has been handed plenty of chances to impress in the lineup, starting in 24 of City's ​Premier League matches this season. His versatility has seen him deployed as both a central midfielder and a winger, with City regularly relying on Silva's creativity to keep the side moving forwards. 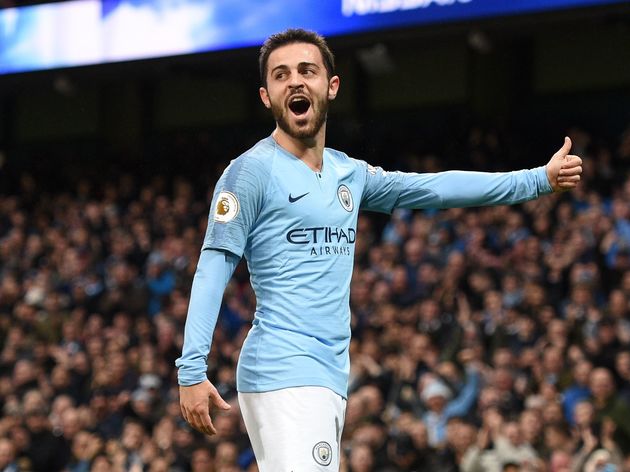 He played a starring role in the Carabao Cup final victory over ​Chelsea, and followed that up by coming off the bench to win his side's crucial penalty in the 1-0 win over ​West Ham United in late February.