​Following the departure of former Celtic manager Brendan Rodgers to Leicester City earlier this week, many of the Scottish side's best players have seen their name linked with moves elsewhere.

Perhaps the one most heavily linked with a switch away from Celtic Park is left-back Kieran Tierney, who not only finds himself surrounded by transfer speculation over a potential reunion with Rodgers at the Foxes, but with a high profile move to Arsenal too.

The Scotland international is one of the most promising young defenders in the game, and it comes as no surprise to see him emerge as a summer transfer target for some of the best Premier League clubs. With this in mind, here are six things you need to know about Tierney. The left-back has spent his entire youth and professional career with the Bhoys, first joining their youth ranks bank in 2005. He then made his first-team debut ten years later, in April 2015, when he came on as a late second-half substitute in a Scottish Premiership match against Dundee. With his entire family also being Hoops supporters, Tierney revealed that he ends up reliving every game when he gets back home after a match.

He said: "That’s the thing being a Celtic fan, you go home to more Celtic fans talking about the game. You cannot get away from it! To an extent it is what you want because I’ve always loved Celtic and always talked about them after games when I came home when I was younger."

2. He's Already Had Experience as Celtic and Scotland Captain Despite his tender age of just 21, Tierney's leadership qualities have already seen him lead both Celtic and Scotland out in recent years. Last October, following an injury to veteran Scott Brown, Rodgers named the left-back captain ahead of the side's Europa League clash against Red Bull Salzburg.

Speaking about his pride of being named skipper, Tierney said (as quoted by the Daily Record): "I’ve worked hard my entire life for moments like that. Walking out the tunnel and going into the huddle is something I’ve dreamed for as long as I can remember. That’s when you see your hard work paying off and making it all worth it."

3. Football Is His Life 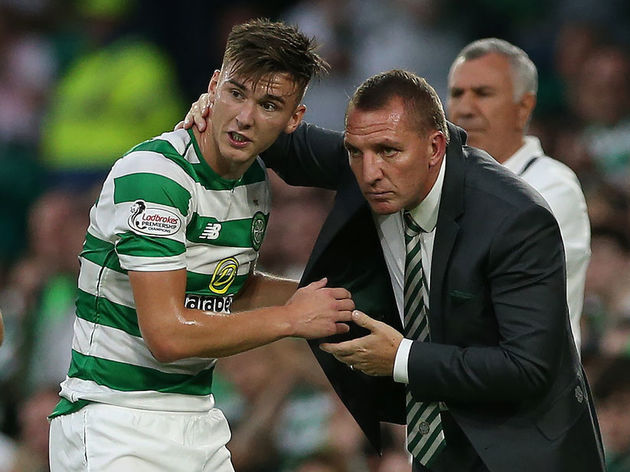 ​In a world where footballers at the highest level seem to get paid an eye-watering sum of money and seem to revel more on matters off the pitch than on it, Tierney is certainly not one of those players. His former manager Rodgers was unequivocal in his praise of a player who showed total commitment in both training and in matches, and defines the word professionalism.

The now ​Leicester City boss said (as quoted by the ​Irish Times): "He’s still very young, still has bits of improvement to make but his quality, his will and determination and his focus for a young player is outstanding. This is a young player who can play in the top four of the Premier League if that’s where he wanted to go.

“He’s got an incredible determination, an old-school determination. He lives his life right, he doesn’t drink or do stupid things. He’s in every day training like a dog.”

​4. Mainly a Left-Back But Has Proven Versatility Before Tierney's breakthrough in professional football has undoubtedly come as a left-back, but on occasion has been asked to fill in at both right-back and centre-back too. In particular with Scotland, the 21-year-old excelled whilst lining up on the right-side of defence under former manager Gordon Strachan, helping his country keep clean sheets against Slovenia, Lithuania and Malta.

Then, when England visited Hampden Park in a World Cup qualifier back in 2017, Tierney was asked to play on the left-side of a back three, and despite only standing at 5ft 9in, showed an impressive reading of the game to offset his lack of height. With players nowadays needing to seamlessly fit in and out of their natural positions, the Scot has already shown his experience at being able to deal with it at such a young age.

5. Has Combination of Great Athleticism and Power When Driving Forward 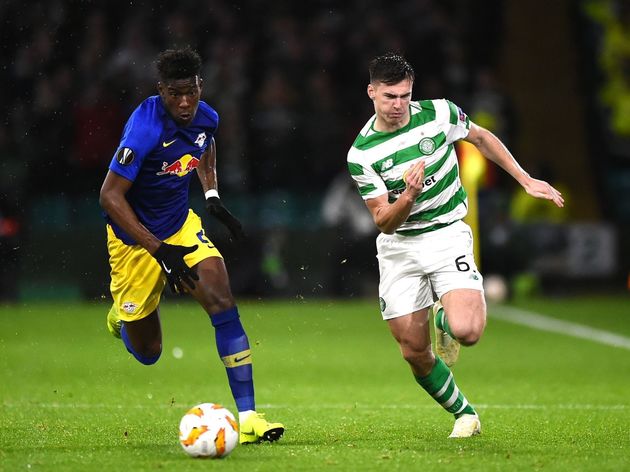 Just like most modern full-backs in the game, Tierney has natural power and explosiveness which has allowed him to be one of Celtic's brightest attacking strengths during a game. With the Scotland international struggling with a pelvic injury earlier this season, Rodgers revealed how such an issue could considerably affect the defender's game.

He said (as quoted by the ​Herald Scotland): "He’s a wonderful talent and a great kid to work with. You know when he is in pain and he really is in pain. You could see in training he was pushing and giving everything, but he wasn’t quite right. One of his great strengths is his physicality and his power and running ability and when that’s affected it takes away a big part of his game.”

6. Has Won Scotland's PFA Young Player of the Year Award for Past Three Seasons Perhaps the biggest statement of how well Tierney has performed for the club is his own personal success of three PFA Young Player of the Year awards in a row. The left-back has been a consistent performer in Celtic's domestic dominance in recent years, and in picking up last year's gong, became the first person in the league's history to do it three years consecutively.

Tierney also capped off last season by winning the Goal of the Season award for his thunderbolt strike against Kilmarnock in the Betfred Cup.