33-year-old Valencia is out of contract at the end of the season. And while United have an option to trigger a 12-month extension, Solskjaer implied there probably won't be a deal. 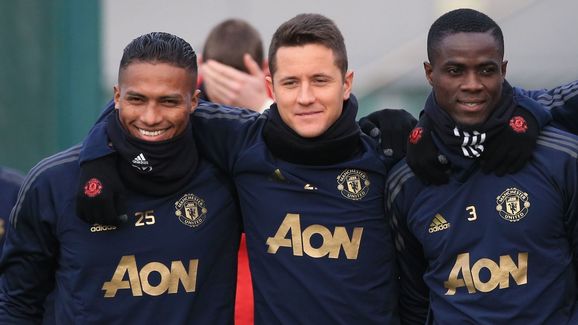 Valencia has been sidelined for much of the season through of injury, limiting him to one Premier League appearance since September. He remains injured now after a fresh recent setback and the United boss suggested only a sudden return to playing will change the club's mind.

"He is still working to get back fit and he's had a fantastic career here at Man Utd and in England, he is one of the Premier League winners left in the dressing room," Solskjaer commented, via Manchester Evening News, as he attended his weekly press conference.

"But, at the moment, I'm not sure if Man Utd and Antonio will agree on the next year, so it depends if he gets back on the pitch as well in the next few months."

Antonio Valencia's one-year contract extension has to be triggered by #MUFC today. They have up until 5pm but it doesn't look like the club will use it. "At the moment I'm not sure if Man United and Antonio will agree on the next year," Ole Gunnar Solskjaer said

Solskjaer also made sure to remind people that Valencia remains club captain for now, while also labelling the 2011/12 Sir Matt Busby Player of the Year winner a 'great servant'.

There was also an update from Solskjaer on the future of United goalkeeper David de Gea. The Spanish stopper has been the subject of much media attention in recent weeks as a result of ongoing contract negotiations, with many of the reports often conflicting on key details.

"The club and David are in dialogue, hopefully they'll agree. It's out of my hands but I'm sure we'll do what we can," Solskjaer said, via the Daily Mirror.

"David's won so many points for us over the years. I would say he's the best goalkeeper in the world. His personality is fantastic - he's so humble but confident as well," the boss added.

Ole on @D_DeGea: "David's won so many points for us over the years. I would say he's the best goalkeeper in the world. His personality is fantastic — he's so humble but confident as well." #MUFC pic.twitter.com/M4yHiIxlNU

The general understanding is that De Gea is happy to commit his future to United, although near daily reports from various sources that appear to contradict each other make it difficult to understand what is actually true and why a deal has