​Former Arsenal striker Ian Wright has praised Mesut Ozil for the technique that he used to open the scoring for the Gunners against Bournemouth in the Premier League on Wednesday.

The German midfielder broke the deadlock after just four minutes against the Cherries in a game that saw his side run riot, beating their opponents 5-1 at the Emirates Stadium. Ozil, Henrikh Mkhitaryan, Laurent Koscielny, Pierre-Emerick Aubameyang and Alexandre Lacazette all grabbed goals to keep Arsenal one point above Man Utd in the race for the Champions League spots. 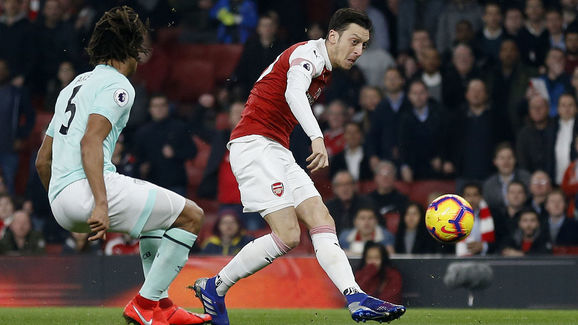 Initial viewing of Ozil's strike showed that he had chipped the ball over Bournemouth keeper Artur Boruc from just inside the 18-yard box yet Wright, who scored 185 goals in 288 games for Arsenal over a seven year period at the club, spotted something special about the finish.

Speaking on Match of the Day as quoted by the ​Daily Express, the former England international said: "He [Ozil] kicks down on to the ball.

"He bounces it on purpose. He did it against Huddersfield and he kicked down on it against Bournemouth.

"Instead of chipping it over a keeper he bounces it over him. You can see him telling everyone what he did [while celebrating].

"It's just such a brave finish for someone to do. It's brilliant. It's the Ozil." 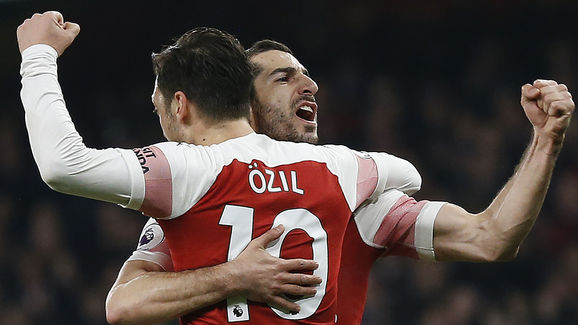 The 31-year-old's performance against the ​Cherries may see him keep his place in the starting lineup for the north London derby on Saturday, after only featuring sporadically in recent months under manager Unai Emery.

If Arsenal beat ​Tottenham Hotspur at Wembley Stadium at the weekend they will complete a league double after winning the reverse fixture at the Emirates 4-2 in December, and will also move within a point of their opponents, who currently sit third in the Premier League.