New manager Brendan Rodgers watched on in the stands as Leicester City picked up their first win since New Year's Day, with a 2-1 victory over Brighton at the King Power Stadium on Tuesday night. 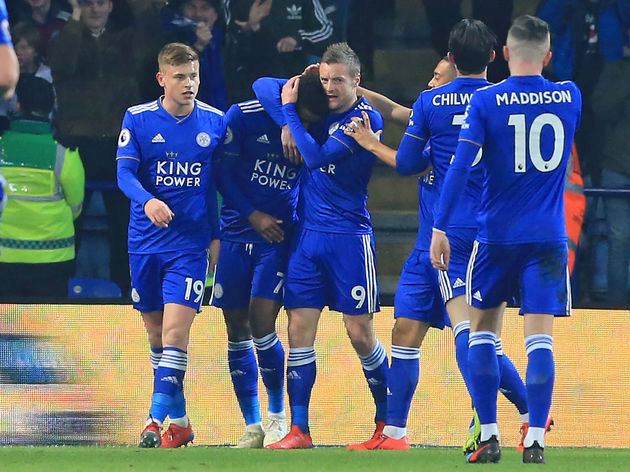 With Leicester playing under the gaze of their new boss they seemed to play with added vigour and looked like a better team right from the off. They were quick in attack and at times the Brighton back line couldn't deal with the pace of the Leicester

Mike Stowell, who took charge of the team for the game, will have no doubt been pleased with how his team started. However, Rodgers will have noted how Brighton were allowed back into the game late on. Leicester might not have been at their best in periods of the game, but they were brilliant on the break and definitely gave Rodgers a foundation to work with.

Demarai Gray scored a brilliant opening goal and he possesses that pace and directness that scared the Brighton defenders to death at times. He thrived in a system of playing often on the break.

Demarai Gray has now scored more Premier League goals this season (4) than he's managed in any of his three previous campaigns.

Another defeat brings more pressure on Chris Hughton as his side slip deeper into a relegation battle.

The Seagulls started the game poorly and were second best for the opening 15 minutes. Brighton were left to rue their missed chances in the second half, and none were bigger than Glen Murray's miss from six yards out. Judging by his form earlier this season, you'd expect a player of his experience to score an open goal from so close.

The Seagulls will feel that they might have got something from this game and had enough of the ball and pressure on goal to at least earn a point.

Anthony Knockaert looked like a man on a mission against his former club and was involved with everything good going forward for his side. He was directly involved with the goal and caused Ben Chilwell all sorts of problems down the right hand side.

Can someone tell me why Knockaert hasnt been starting all season? he is class. #BHAFC