Claudio Ranieri: How a Title Winner Ended Up Staring Relegation in the Face at Fulham

Three years ago Claudio Ranieri won the FIFA award for the best men's football coach as well as winning LMA Manager of the Year and the most unlikely Premier League title in history.

Fast forward to today and Ranieri is in a seemingly unsalvageable situation at Fulham. The Whites have the worst defensive record throughout all of Europe's top five leagues and seem destined for relegation. So how did it get to this? How did the best manager in the world three years ago end up staring relegation in the face?

Firstly let’s establish what Ranieri did right at Leicester before examining why it hasn’t worked at Fulham. 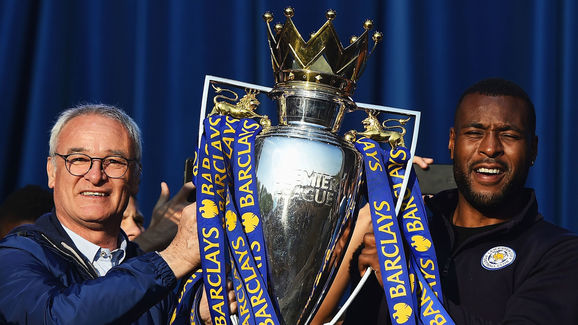 Ranieri created something of a cult of personality at Leicester where he tried to embed his ethos and everybody bought in. There was a feeling that every member of that Leicester squad bought into everything Ranieri tried to teach them and it worked perfectly. They produced miracle through teamwork and dedication, with Ranieri as the puppet master.

Whether it was promising pizza to every player after a clean sheet or ringing a bell at Riyad Mahrez to get him motivated the Italian made the impossible possible at the King Power Stadium.

He stuck with the same starting lineup almost every week putting trust into his squad, making them believe in themselves.

At Fulham, there is a completely different atmosphere around the club when Ranieri tries to implement this. At Leicester, he was taking over a team that had already done the impossible by surviving relegation the year before and Ranieri was the perfect man to keep the spirits high. He joined Fulham as they sat in the relegation zone winning just once in 12 games and there was a cloud of negativity over south-west London.

Ranieri now seems like a comedian repeating the same tired catchphrases. Promising his team McDonald's if they kept a clean sheet or saying that Fulham must play like pirates if they are to survive. It just doesn’t resonate with these players.

These players aren’t committed to the cause like the Leicestersquad were and therefore aren’t buying into Ranieri’s philosophies.

Andre Schurrle has publicly stated that he would cut his loan move shortif Fulham were to be relegated. Jean Michael Seri almost signed with Barcelona last yearand Ryan Sessegnon is linked with a move to one of Europe’s elite seemingly every other week. These aren’t players that have their long term plans at Craven Cottage. Mahrez and Kante may now play their football at Chelsea and Man City respectively but before that miracle season they never in their wildest dreams imagined they would play for those clubs, whereas Fulham’s supposed ‘star players’ already have one foot out of the door and because of this aren’t working to the standards Ranieri expects.

Fulham were promoted with a team that went 23 games unbeaten in the Championship through a mix of talent and hard work. Many of the players who got Fulham up remained at the club and Ranieri hasn't given them a sniff.

Kevin McDonald and Stefan Johansen were instrumental in getting Fulham to the Premier League, Johansen was shipped out on loan to West Brom in January and McDonald rarely even makes the matchday squad under the Italian. On top of this Ranieri went back to his days of being 'The Tinkerman' The 67-year-old hasn't had a full pre-season to work with these players so is left rotating his starting lineup every single week in a desperate attempt to find the winning formula and when he seemingly found it he refused to stick with it.

Fulhamchanged to a 4-4-2 when 2-0 down against Brighton last month, they then scored four unanswered goals winning 4-2 with a midfield pairing of Calum Chambersand Seri working brilliantly when supported by two wider midfielders. It seemed like something had clicked and that it could be the turning point in their season but in the very next game against Crystal Palace Ranieri reverted back to his 5-2-3 which saw Fulham go back to losing ways and infuriating the fanbase.

No one likes Ranieri. Needs to go. Pointless him being here

There is no doubt that Ranieri is a fantastic manager and what he did at Leicester will never be forgotten. With Fulham, he has taken over a squad that is the antithesis of everything he wants in his players.

The building blocks for a Ranieri team is in the defense and Fulham's is the worst in Europe, he also relies heavily on players who will put everything on the line for their club and at Fulham, you can count the number of players willing to do that on one hand.

It is a huge case of wrong place at the wrong time for the Italian and unfortunately for the Whites they will likely be relegated despite having their most talented coach ever at the helm.