Tadic was deployed mostly as a winger or an attacking midfielder during his time in the Premier League with Southampton, but he has found a new lease of life as a striker at Ajax.

The Serbian has netted 25 goals this season including a brace at the Allianz Arena which reportedly caught the eye of Bayern Munich boss Niko Kovac. 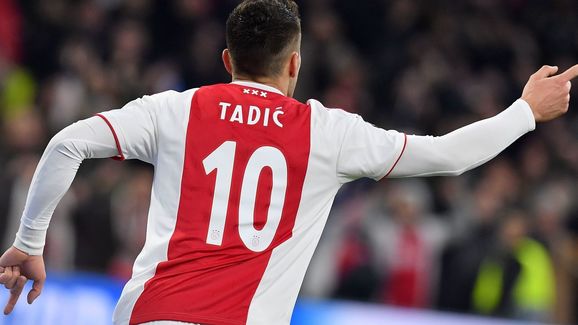 According to Spanish outlet Estadiodeportivo, his performance against Bayern has led to serious transfer interest from the Bundesliga champions who see Tadic as the perfect player to play second fiddle to Robert Lewandowski as a backup striker.

The departure of Sandro Wagner has seen Bayernleft light up front, with Lewandowski and Thomas Muller the only players remaining in the squad who can play in his position.

With Muller more often than not deployed on the right, the Bavarians are in desperate need for a goalscorer to rotate with Lewandowski. Tadic has proven that he can play as a number nine at the top level, scoring five times in the Champions League so far this season. The 30-year-old particularly impressed when playing against Real Madrid, consistently causing problems for both Sergio Ramos and Raphael Varane.

Ajax are currently four points off the pace in the Eredivisie, and with only one Champions League spot available in the Dutch league Tadic may want to capitalise on his good form by securing another Champions League season with Bayern.

Spanish side Valencia have also shown interest in the striker to fix their goalscoring troubles seeing as they have only scored 25 goals in La Ligathis season, as many as Tadic has scored in all competitions so far this season.

The former Southamptonman is in the form of his life, currently ranked as the second top scorer in the Eredivisie and the third highest scorer in the Champions League.