​Former Everton boss Roberto Martinez, and former Liverpool bosses Brendan Rodgers and Rafa Benitez are all on Leicester's shortlist for the successor to Claude Puel, though an interim appointment is likely to come first.

All three tacticians are currently employed, making any negotiations to bring them to the King Power more difficult, which has reportedly pushed the club's hierarchy to consider an interim boss until the end of the season as they assess their options.

According to Sky Sports, Claude Puel's sacking on Sunday had not been planned, and though perhaps coming, it was the first big decision that Aiyawatt Srivaddhanaprabha has had to make since the tragic death of his father in October's helicopter crash.

And the unexpected nature of the dismissal has meant that a shortlist is only now being compiled. Both Rodgers and Martinez have been linked with moves back to the ​Premier League since they left for pastures new in 2015 and 2016 respectively.

The Northern Irishman, who has been with Celtic since departing ​Liverpool, has been particularly shopped around of late, amid speculation of unrest in Glasgow after the club's initial domestic struggles this season.

Though they are now back atop the Scottish Premiership, it is widely reported that, after seven major trophies with Celtic, Rodgers is looking for a new challenge. However, he has since seemingly ​distanced himself from taking the Leicester job in the immediate future.

Martinez, meanwhile, has been in charge of the Belgian national team since being sacked from Everton, and lead them to a third-placed finish at last summer's World Cup in Russia. Benitez, of course, is currently in the Newcastle dugout and has been attributed similar unrest to Rodgers, albeit due to completely different circumstances. 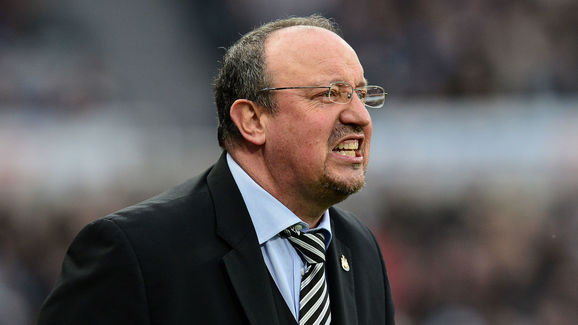 It was suggested in January that if he didn't receive two key signings in the transfer window, he would depart this summer, ​while he has since spoken of the need for further investment this summer.

For their part, the ​Foxes fancy their chances of attracting a top name, owing to their impressive young players and reputation for sufficient spending. The selection panel for this decision will be formed by Vice chairman Srivaddhanaprabha, chief executive Susan Whelan and director of football Jon Rudkin.