​Celtic manager Brendan Rodgers has played down suggestions that he could be in line to take the vacant managerial position at Leicester City, amid rumours that David Wagner and David Moyes could also be in the running.

Claude Puel was relieved of his duties on Sunday morning, after his side slumped to a third defeat in a row the day before, with the Foxes suffering a humiliating 4-1 defeat to Crystal Palace.

With thirteen Premier League games to go, there's a still an outside chance the club could be dragged into a relegation battle, and they'll be keen to ​appoint a new manager quickly.

Speaking to ​BBC Sport, Rodgers brushed off talk of a move to the east Midlands, and said: " 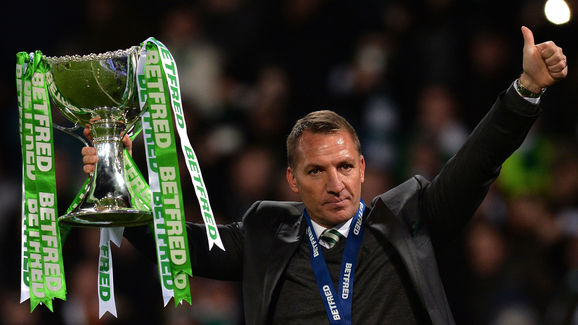 However, the Sun believe a deal be struck, and report that the Foxes will offer Celtic £6m to prise away their manager.

They claim that Rodgers is by far ​Leiceste​r's preferred choice to take the job, and that they're willing to pay his compensation fee to make the move happen.

Meanwhile, the Examiner have claimed former Huddersfield Town manager David Wagner is a leading candidate for the position. The report noted that the German coach was priced at the same odds and Newcastle United boss Rafael Benítez to get the job, and that the 47-year-old could be ready to end his brief sabbatical from management to make a speedy return.

Alternatively, ​beIN Sports have suggested that David Moyes also wants to be in the running to take over as Leicester manager.

They claimed the former West Ham United man has expressed his interest in the position, and would be eager to make a return to Premier League management, having also managed the likes of Everton, Manchester United and Sunderland in the past.