Manchester City boss Pep Guardiola has confirmed that both Aymeric Laporte and Fernandinho are set to be ruled out of action for a number of weeks, after picking up injuries in the Carabao Cup final clash against Chelsea.

Laporte was replaced at half-time by club captain Vincent Kompany with a suspected hamstring injury, whilst his Brazilian teammate was forced off just before the start of extra-time with a groin problem. 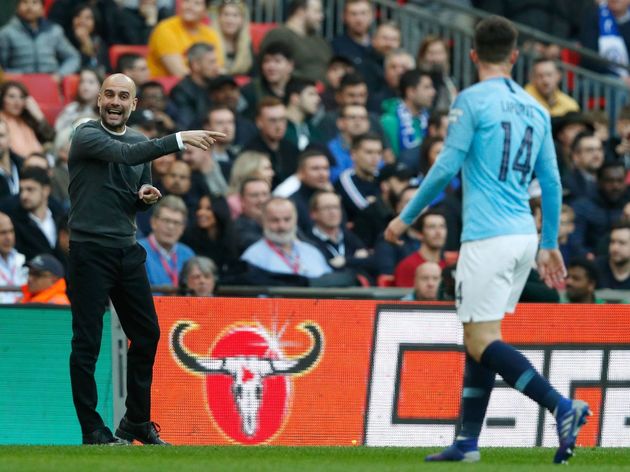 Speaking after his side's penalty shoot-out triumph, the ​City manager revealed that both were substituted after suffering muscular injuries.

He said (as quoted by ​BBC Sport): "In the last action of the first half, Laporte felt something, and Fernandinho felt something too, so I think they will be out for some weeks."

With a run of crucial fixtures coming up for City in three different competitions, centre-back John Stones and left-back Benjamin Mendy remain out of action, leaving the side short of defensive cover.

Laporte and Fernandinho both “felt something, muscular, they will be out for some weeks.”

​Fernandinho played in central defence in last week's Champions League last 16 clash against Schalke, whilst Laporte has deputised as an emergency left-back at times this season.

With Argentina international Nicolas Otamendi suspended for the second leg of their tie against Schalke, Guardiola admitted his team were going to 'suffer' over the next few weeks.

He added: "But we are going to suffer for the next competitions, especially in the Champions League and ​Premier League.

Bit of mixed zone confusion with Laporte but the long and the short of it is that he said he feels ok and he gave the impression it wasn’t serious. Word of warning, they all say that

"But the win is important for the mood - 'OK, guys, we have two titles already in our basket, the Community Shield and today'.

"Winning the game is important for the enthusiasm for the next game, but this competition is demanding a lot."