Theo Hernández will return from his loan in Sergi Samper and Carles Aleñà are currently struggling for game time at the Camp Nou, Brazil international Alex Sandro has become one of the most sought after defenders in Europe following his move to Juventus in 2015, something which has also alerted clubs to the next batch of players coming through in Portugal, namely the aforementioned Grimaldo and soon to be mentioned Alex Telles.

The 28-year-old is playing the best football of his career and could still improve before hitting his peak, but much like Marcelo at Real Madrid, his position in Turin has come under threat this season and there's been talk of a possible move away this summer.

One major boost from Real Madrid will be that the Bianconeri have actually shortlisted Marcelo as a potential transfer target for the end iofthe season, opening the door to a possible player plus cash swap in the summer transfer window. The 28-year-old made his reputation with the club and was then shipped off to Juventus for an incredible profit, so it's no surprise that the

Telles had spells at Galatasaray and Inter with little success before eventually landing a permanent move to Porto in 2016, where he's gone on to enjoy tremendous success and make a name for himself across the continent.

Porto aren't just limiting themselves to full back either with their Brazilian transfer policy, and centre-back Éder Militão is already being lined up by Real Madrid Spain's top flight isn't teaming with world class players who Real Madrid could snap up in an instant, but Valencia's It's impossible to talk about Real Madrid's defensive transfer targets and not mention Chelsea's Marcos Alonso, especially as he was a Madridista growing up as a youth player in Spain.

When Alonso first moved to England in 2010 he struggled to adapt, but a three-year spell in Serie A - split in two due to a short-term loan with Sunderland - quickly brought him up to pace with football at the highest level. He had made just a handful of appearances for Real Betis coming into the 2018/19 season after four years on the books at the Benito Villamarín, but he's now become an irreplaceable part of Quique Setién's first team and has only missed one game this season that wasn't because of injury or suspension. 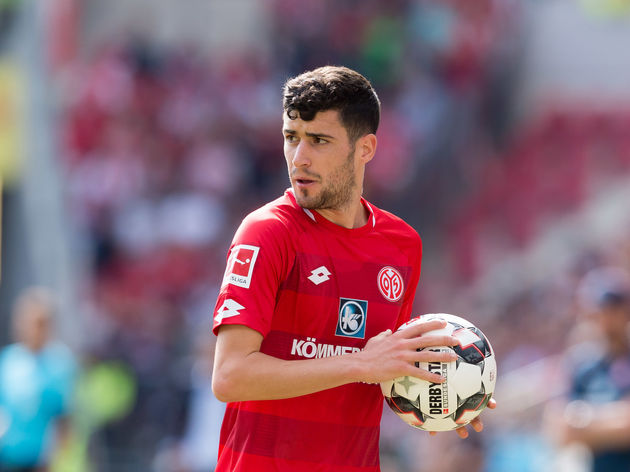 Martín has been a stand out player for Mainz this season and is quickly establishing himself as one of the best full backs in the league, alongside Real Madrid's own Achraf Hakimi who's on loan at Borussia Dortmund.

Espanyol have included a 12% sell-on clause in their deal with Mainz, so the German club will be sure to drive up