As things stand, Rashford is due to be out of contract in the summer of 2020 and would have just 12 months left on his deal at the end of this season. There has already been speculation of interest from the likes of Real Madrid and Juventus. But, according to the Daily Mirror, Rashford is set to commit his future to his boyhood club after 'indicating' that he is ready to sign a fresh six-year deal that would run to 2025.

Executive vice-chairman Ed Woodward is apparently 'confident' there will be an announcement in the 'next few weeks'.

New boss Ole Gunnar Solskjaer is said to have been key in the process. Where predecessor Jose Mourinho is thought to have frustrated Rashford with a lack of regular starts, the Norwegian has made Rashford United's primary 'number nine'. Both player and club are reaping the rewards as a result, with Rashford scoring six goals in his last eight Premier League games. 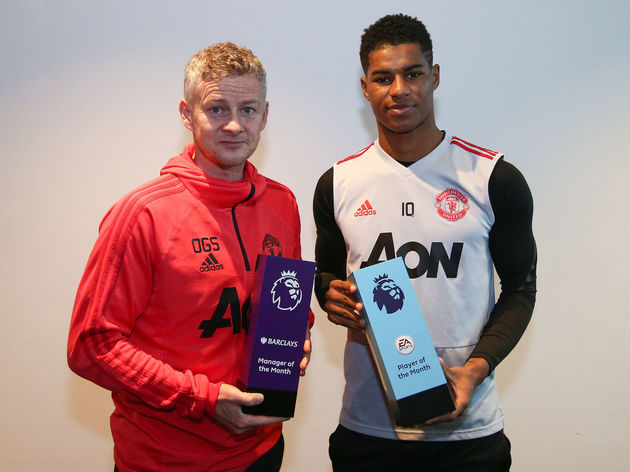 United have already tied Anthony Martial down to a new long-term deal since the turn of the calendar year - the Frenchman had seemingly been determined to leave under Mourinho.

Fan favourite Ander Herrera is another player who was marginalised by Mourinho but now appears set for a fresh contract. The Spaniard looked on course to leave as a free agent this coming June but is now expected to agree a new three-year deal instead.