Wanda Nara is many things. To some, she is an actress. To some, she is a charismatic television and radio personality. To some, she is a fashion designer. To some, especially inside the boardroom walls of Inter, she is a conniving agent.
To most she is a more-prominent-than-most wife of a famous footballer - and an experienced one at that (but more on this later). As you can see, she is above all a Jack - or Jill? - of all traits, and has been able to master most in her rise to celebrity.

Interestingly, or maybe not, her middle name is Solange. The only way this would be interesting is if you parallel this with the only other famous 'Solange': Solange Knowles. The younger sister of Beyonce Knowles, was just that until her third studio album 'A Seat at the Table' propelled her to a Grammy-winning, number one album garnering singer. The point is, though, up until that point, she was always known in the mainstream media for her relations first, talent second. Starting as the sister of Zaira Nara, famous model and TV host, Wanda then became the wife of Maxi Lopez, then (unceremoniously) the wife of Mauro Icardi, before finally settling with agent.

But now, as Icardi's contract talks with Inter are slowly destroying his relationship with the club, and throwing his future in doubt, she has become a key figure in the future of Italian football. So, who is she, actually, and how did she get there?

Well, I suppose that starts with her theatrical debut in 2005, which, after a couple of summer seasons, led to appearances on Argentinian contest shows akin to 'The X Factor' and 'Dancing On Ice'.

Her appearance on the latter in 2011 was cut short, however, when she joined up with her then-husband Maxi Lopez - who she had married in 2008 - in Catania, Sicily, as a mother-to-be.

A loan spell at Milan followed for Lopez at the start of 2012, before he joined Sampdoria for the 2012/13 season, again on loan. 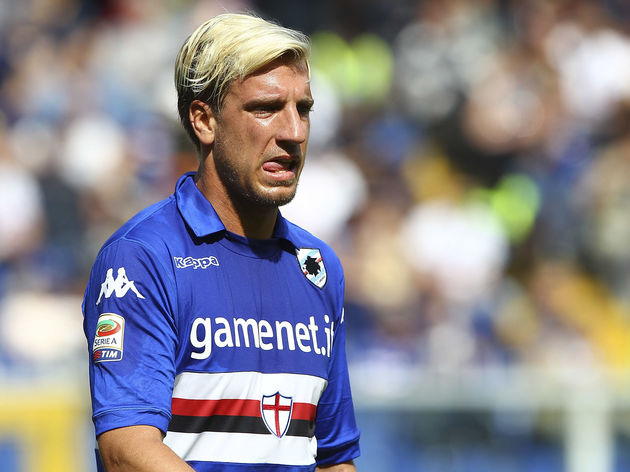 It was here in Genoa that Wanda's profile exponentially grew. Because guess who had just graduated from Samp's youth academy to the first team? Mauro Icardi. Now, the details are cloudy, and certainly biased depending on which side you consult. But, at some point during this season, Icardi, as Lopez's compatriot and apprentice, was introduced to Wanda.

Now, Lopez has claimed that the pair's subsequent romantic dealings were the cause of his and Nara's divorce in November 2013. Wanda sings a different tune, painting Lopez as the adulterer and insisting any such dealings with Icardi were conducted outside of the parameters of her previous marriage.

Evidently, she was able to paint a clearer picture than her former spouse, and an Argentinian court ruled in her favour, sanctioning her custody of the pair's three sons.

While that timeline may never be truly unravelled, the next stage is fairly conclusive. It took just a further six months - May 27th 2014 - for wedding bells to sound once more in the ears of Wanda Nara.

Back in Buenos Aires, Wanda's second such engagement was not the pageant-heavy affair that her first one - rumoured to have cost 250m Argentine pesos (roughly £5m) - had been. Perhaps the groom, at just 21 year's old, and only two years into his professional career, was less cash-strapped this time around.

Either way, it was a low-key ceremony, though the same could not be said for the commemorative party a fortnight later. But what we've glossed over in this was the fireworks that had come just a month before the wedding at the Stadio Luigi Ferraris, in the inaugural 'Wanda Derby'. Icardi, now at Inter after leaving I Blucerchiati for €13m in the summer of 2013, was returning to the scene of the alleged crime, and Lopez was ready and waiting for his former friend and protege. As were the crowd, who booed and hissed their former frontman throughout.

But the youngster didn't try to quell this hostility, quite the opposite. After scoring the opening goal of an encounter the Nerazzurri would go on to win 4-0, he cupped his ear to the crowing home supporters, and smiled with smarmy antagonism as he did so.

If Lopez was incensed then, it would've felt like a mild inconvenience just five minutes later. Because that was when the 30-year-old squandered the best chance he'd have at the ultimate riposte, as Samir Handanovic stooped low to stop his 18th-minute penalty.

Now, none of that may be explicitly about Wanda, but it does help to explain the beginning of her myth. It's her origin story, one that's shaped every subsequent representation of her.

In the interim, despite all the overt coupledom that has been exhibited - including swift matching tattoos of each other's name - she has built a brand of her own. She has 4.7m followers on Instagram, just 0.2m less than Icardi. Not that this brand is separated from her spouse - she is, after all, his agent - but she is now also an entity unto herself.

She has sent shockwaves through the ​Inter hierarchy, and is making more headlines than her husband as it stands. It was her unbending handling of the current contractual saga that shrouds Icardi, both in meetings and on Mediaset's football talk-show Tika Taka, of which she is a recurring panellist, that led to the stripping of Mauro's captaincy.

Her criticism of the club and its players has been unflinching, her flaunting of her prized asset/loving partner thinly veiled.

And it was her apparent tears upon hearing this development that made the subsequent headlines. This persona has not come without personal cost, though. The 32-year-old was hit with a rock when driving her kids to a football game last Saturday, the day before the pair were roundly booed during Sunday's win over *wait for it* Sampdoria at San Siro. Almost five years after the first 'Wanda Derby' and Nara is a very different figure in Italian sports, but no less controversial. One thing's for sure: Wherever Icardi's next chapter lies, Wanda Nara will be a key protagonist.

If you feel like you still don't know who this enigmatic woman truly is, that's ok. I don't either, not really. So let's try to find solace in this quote, found at the end of the summary detailing Wanda's latest line of her fashion label, '​Wan Collection':

“Be who you want to be and never stop loving yourself”

That sounds about right.