As things stand, Herrera is due to be out of contract at the end of the season. He could therefore leave the club as a free agent and is already eligible to agree a pre-contract with a foreign team. 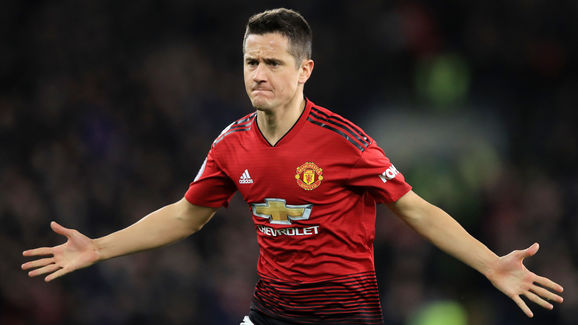 But his performances in recent weeks under the management of Ole Gunnar Solskjaer have proved what an asset he is, with fresh gossip from The Sun claiming that Herrera is now 'expected' to sign a new contract until 2022 after negotiations took an 'upward turn'.

It is said that Herrera would continue to earn similar to his existing £100,000 weekly wages.

An 'Old Trafford source' even told the tabloid newspaper: "Ander is now ready to stay here after talks have been slow originally. The club have made it clear to him they want him to stay. They don't want him walking away on a free.

"He has a young family and is settled in the area. Ander is also really popular with the fans. It won't be too far different to the wages and deal he is on now. Everything looks to be heading into the right direction." His journey at United has been a rollercoaster. Always popular with fans, Herrera emerged as a favourite for Jose Mourinho during the 2016/17 season and was later awarded the club's Player of the Year prize, the only person other than David de Gea to win since 2013.

But Herrera was surprisingly dropped the following season, with Mourinho seemingly unwilling to play him alongside both Nemanja Matic and Paul Pogba in a three-man midfield. It is only since Solskjaer has taken over that he has become an automatic starter again.

Fantastic night in London. Onto the next round ⚽️ pic.twitter.com/2Og3Ew5DeY

"His energy and tenaciousness is vital for us. And that's why he plays, more or less, every single game," Solskjaer said of Herrera after Monday's FA Cup win over Chelsea.

"He has loads of energy, he can cover the right hand side, he runs forward. Tonight you can't just praise one, it's 11 players, plus the subs, but Ander has done fantastic."