​Newcastle goalkeeper Martin Dubravka has reflected on winning the

The Slovakian joined the Magpies on deadline day of last year's January transfer window, signing on loan from Sparta Prague. After impressing in the closing months of last season, his transfer was made permanent in the summer, and Dubravka has since become a mainstay between the sticks at St. James' Park, having played every minute of this Premier League campaign.

His outstanding performances have earned him the Player of the Year award for 2018, as voted for by the North East Football Writers' Association, and the stopper admitted he was surprised to learn he had been chosen for the prestigious award. 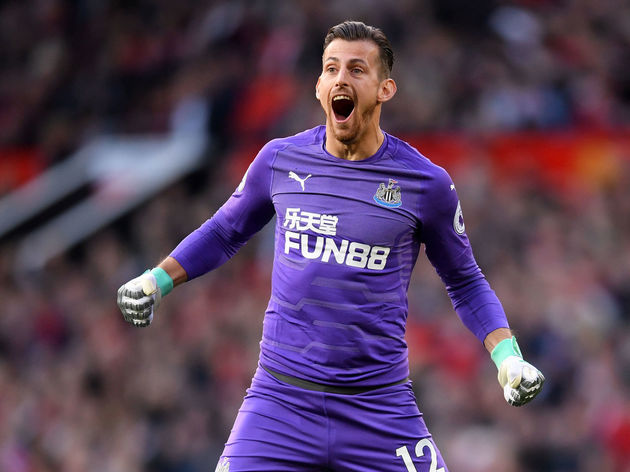 "It's amazing, I couldn't believe it," he told ​Sky Sports.

"I got the message that I won this trophy and I couldn't believe that, because I spent an amazing year here, but it is the first year, you know.

"It is an honour for me to be part of this great history and I know that fantastic players won this trophy before me, so I am very pleased with that."

Martin Dúbravka picked up the North East Football Writers' Association's player of the year award at @Ramside_Hall on Sunday, and, in this in-depth interview, he told NUFC TV that the accolade means a lot to him.

When asked if he feels at home on Tyneside he said: "Yes, I have to say that.

"Everybody was very friendly to me here since I came and helped me in all cases, so every week, coming home from games, from travelling around, I feel like I deserve to be here."

​Newcastle have conceded fewer goals than Premier League heavyweights Manchester United and Arsenal this term, thanks in no small part to Dubravka's contributions in net, and he will surely be crucial to his side's survival hopes this year.