The excitement surrounding the newly-promoted Wolverhampton Wanderers has been incredible this season. After a summer of heavy spending, Wolves are currently knocking on the door of Europa League qualification, which would be a stunning achievement.

Too often, we see teams come up from the Championship, only to be relegated with nothing more than a whimper. However, there have also been plenty of teams who managed to greatly exceed expectations. After trying to buy the club two years before, Hong Kong businessman Carson Yeung completed his takeover of ​Birmingham City early in the 2009/10 season, and oversaw an incredible campaign with his new team.

They managed to finish ninth in the league table, largely due to the 11 goals of Cameron Jerome. Birmingham lost just two home games all season as they turned St. Andrew's into somewhat of a fortress.

Unfortunately, Birmingham failed to build on this impressive finish, and were relegated the following season, despite winning the League Cup with a 2-1 victory over ​Arsenal. The 2005/06 season was an astounding year for ​West Ham United. Many felt they would struggle in the top flight, having barely managed to qualify for the ​Championship play-offs in the previous season, but the Hammers set about proving their doubters wrong.

At one point, they were as high as fourth, but eventually slipped down to ninth. Marlon Harewood's 14 league goals left West Ham just three points away from qualifying for the Intertoto Cup but, after reaching the FA Cup final, they managed to secure a place in the following season's UEFA Cup.

In the final, they took a 2-0 lead against European champions ​Liverpool, but a masterclass from Steven Gerrard helped the Reds claw back a 3-3 draw before eventually winning on penalties. However, given their third-placed finish in the ​Premier League, the honour of European qualification was then passed down to the Hammers. Younger fans will hardly remember a time in which ​Manchester​ City were not a European powerhouse. Around the turn of the century, City found themselves hopping between the First Division and the Premier League (even dropping into the third tier at one point), but their performance in the 2002/03 Premier League season proved they were here to stay.

Bolstered by the high-profile signings of Nicolas Anelka, Sylvain Distin and Peter Schmeichel, the Citizens secured an impressive finish of ninth. Anelka racked up 14 goals across the season on his return to the Premier League, and spent three successful years with the club.

This season also saw City record their first Manchester derby victory in 13 years, running out 3-1 winners against rivals ​Manchester United in November 2002. It was their last season playing at Maine Road, before moving to the City of Manchester Stadium in the summer. 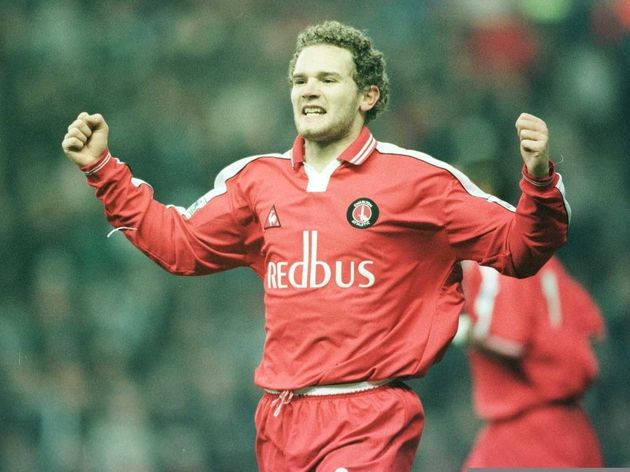 Charlton Athletic had won over the hearts of many with their impressive performances in the First Division​, and they managed to carry over that form into the 2000/01 Premier League season.

Alan Curbishley guided the Addicks to an impressive finish of ninth, with the likes of Richard Rufus and Jonatan Johansson putting in several fantastic performances.

Charlton scored plenty of goals, but it was their defence who struggled to adapt to life in the top flight. Their tally of 57 goals conceded was the worst of any teams in the top 15, and they certainly could have managed a higher finish if it wasn't for their leaky defence. Newly-promoted sides did not fare well in the 1998/99 season. ​Nottingham Forest and Charlton finished 20th and 18th respectively, but ​Middlesbrough were determined to fly the flag for the promoted sides.

Bryan Robson's side were fourth at Christmas after a shock 3-2 victory over Manchester United, but their tally of 15 draws throughout the season saw them fall to ninth.​

Brian Deane, Colin Cooper and Gary Pallister were expensive additions, and the 15 goals of Colombian forward Hamilton Ricard helped bring a year of celebrations to the Riverside. Before Middlesbrough's ninth-placed finish​, it was ​Leicester City who managed the feat in the 1996/97 season. Martin O'Neill's side were one of the favourites for relegation but, as fans who experienced the heroics of the 2015/16 season will tell you, the Foxes don't often conform to expectations.

Their tally of 47 points was good enough to see Leicester finish in ninth, with forward Steve Claridge racking up a respectable tally of 11 goals. A 4-2 win over ​Blackburn Rovers on the final day of the season ensured Leicester would pip the likes of ​Leeds United and ​Tottenham Hotspur to ninth.

However, the icing on the cake for Leicester was their performance in the League Cup. The Foxes beat the likes of Wimbledon and Manchester United on route to the final, where they earned a 1-0 victory over Middlesbrough to earn qualification to the UEFA Cup. The 2006/07 season was ​Reading's first ever in the Premier League, but you wouldn't have guessed that by the manner of their performances.

The Royals fought tooth and nail to earn their eight-placed finish at the end of the season, winning the hearts of countless neutral fans who wanted to see a victory for the lovable underdogs.​

Forwards Kevin Doyle and Leroy Lita were both in inspired form all year, and they ended up just one point from European qualification. Manager Steve Coppell took home two Manager of the Month awards, in what was a truly memorable year for supporters. Another team to be pegged for relegation, many felt their predictions were set to come true as Sunderland fell to a heavy 4-0 defeat at the hands of ​Chelsea on the opening day of the 1999/00 season. However, things quickly turned around for the Black Cats.

11 wins before the end of 1999 carried Sunderland up to third, but the team found themselves unable to maintain their electric form. They went on a run of 11 games without a victory, and eventually fell to seventh.

Kevin Phillips' tally of 30 goals from 36 league appearance won him the European Golden Shoe award and cemented his reputation as one of the most clinical finishers in the business​. 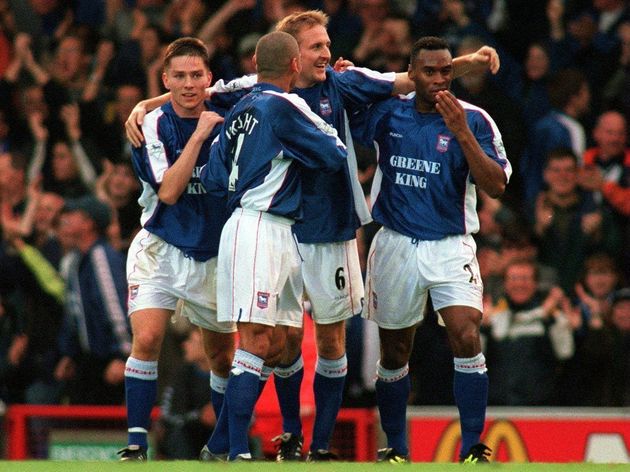 ​Ipswich Town needed the First Division play-offs to make it into the Premier League, but they certainly made the most of their time in the top flight.

Huge performances from Marcus Steward and Manchester City 'legend' Richard Wright helped mount an unlikely title challenge for the Tractor Boys, and many felt they were certain to finish in the top three. However, with just three matches remaining, a 2-1 defeat to Charlton Athletic ended all hopes of this, and they ended up in fifth.

Whilst Manchester United cantered to the title, Ipswich were just four points behind second-placed Arsenal, in what was one of the most awe-inspiring showings of any promoted side in history.​ Following legendary manager Brian Clough's departure, Nottingham Forest secured automatic promotion back to the Premier League for the 1994/95 season after finishing second in the First Division.

Now under Frank Clark, Forest took the Premier League by storm. The team managed to finish third in the table, behind only Manchester United and champions Blackburn Rovers.

Certainly an impressive feat for Forest, but they weren't the first team to manage it... Kevin Keegan's ​Newcastle United earned promotion to the Premier League in its se​cond year, and the Magpies set about making it a memorable campaign.

Iconic forward Peter Beardsley returned for his second spell with the team, and forged a stunning partnership with a young Andy Cole. They combined for a staggering 65 goals in all competitions, leading Newcastle to third.

The media began calling Newcastle "The Entertainers" as a result of their beautiful football under Keegan, and they were more than good value for their UEFA Cup qualification.