Liverpool have been revealed as the current leaders of the Premier League Fair Play rankings, while Southampton are bottom of the disciplinary table after picking up a staggering 53 yellow cards so far this season.

The Reds have enjoyed an excellent 2018/19 campaign in the league thus far, and are currently sitting second in the league table - behind Manchester City on goal difference, but with an all-important game in hand. Jürgen Klopp's side boast the best defensive record in the league, and the side's remarkable improvement at the back has been pivotal to their improved fortunes. 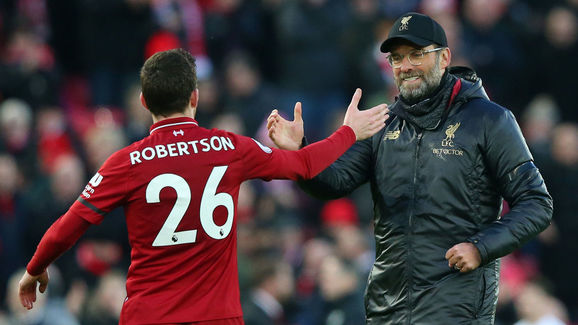 According to the FA's ​official website, the ​Reds have picked up just 23 yellow cards and two reds in 26 league matches. ​Chelsea are the second fairest team in the competition, with Maurizio Sarri's side receiving 33 cautions, while ​Manchester United and ​Southampton are at the bottom of the table, with 51 and 53 yellow cards accumulated respectively.

Everton and Leicester City are ranking top in terms of red cards, with both sides picking up four apiece. Chelsea and ​Arsenal are the only teams this season not to have a single player sent off, but the Gunners rank 13th in the table after picking up a hefty 46 yellow cards. ​Manchester City are 3rd overall, while ​Tottenham Hotspur are a close fourth. Keen followers of 90min's annual ​'Bad Boys' disciplinary competition - an end of year rundown of the top ten most carded players across Europe - may be interested to know that Watford's José Holebas (a top ten finisher in 2017), is currently the most booked player in the Premier League, having had his name taken by the referee on ten occasions this season.

Meanwhile, ​Bayern Munich icon Arjen Robben has stoked up the rivalry between his side and Liverpool ahead of their Champions League clash next week, by ​claiming that Anfield is the worst stadium he's played at. The player claimed the Reds were the 'worst possible' draw for his side, due to his memories of disappointment against Liverpool in his Chelsea days.