Chronicle, the former Liverpool boss will demand a detailed plan for the club's planned transfer spending next summer, and will also ask for the club to invest considerably in their training and youth facilities. The report claims that Benítez is eager to sign at least four new high-profile names, and move on a number of outcasts from his current squad.

The 58-year-old's current deal expires at the end of the season, and if the ​Magpies were to be relegated once again, it would be hard to see the veteran coach committing his future to the club. Clearly, Ashley needs to dig deep to convince Benítez to stay, and the club's £20m deadline day signing of Miguel Almirón could indicate a change of heart from the Sports Direct tycoon. 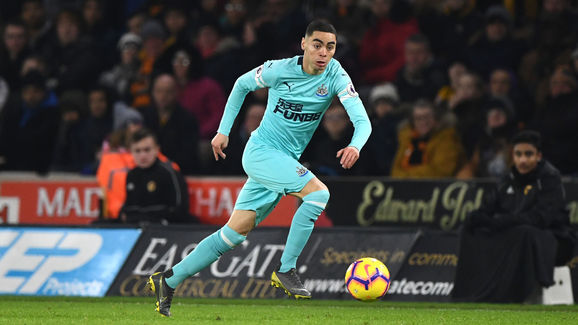 The report also suggests that ​AC Milan are interested in bringing in Benítez, as their manager Gennaro Gattuso has failed to turn the club into title contenders despite their vast spending in recent transfer windows. The resources available at the San Siro side could prove tempting for the Magpies man, who previously managed fellow ​Serie A side ​Napoli.

In other news, Newcastle midfielder ​Jonjo Shelvey has branded Magpies youngster Sean Longstaff as 'tremendous', and conceded that seeing the player flourishing at the expense of him has been difficult to deal with. The 21-year-old is arguably the brightest prospect the academy has produced in years, and starred in his side's ​2-1 win over Manchester City.