Tottenham winger Son Heung-min has revealed his love of football is the driving force behind his success so far, claiming he is at his happiest when he's on the field.

The South Korean star has been in sensational form of late, netting a remarkable 11 goals in his last 13 Premier League appearances.

His performances have seen him grow into one of the most influential figures at the club, with manager Mauricio Pochettino relying on his goalscoring expertise after recent injuries to both Harry Kane and Dele Alli.

Heung-min Son has been directly involved in 16 goals in his last 12 games for Tottenham (11 goals, 5 assists). 

The best player in the Premier League right now, on form?  pic.twitter.com/0memcuBPoM

And Son, speaking to Goal, has revealed that he's at his most content on the pitch - admitting that he's a person who rarely feels stressed and under pressure.

"I'm just trying to enjoy every moment. Honestly, there's no better thing than football for me, and I'm happiest when I'm playing football," Son began.

"I don't have much stress really, but I get rid of stress by playing football. I think that's how i keep going. I have no issues with my fitness level at the moment. Sometimes, when there are hard times for me, I can still keep thinking about football. 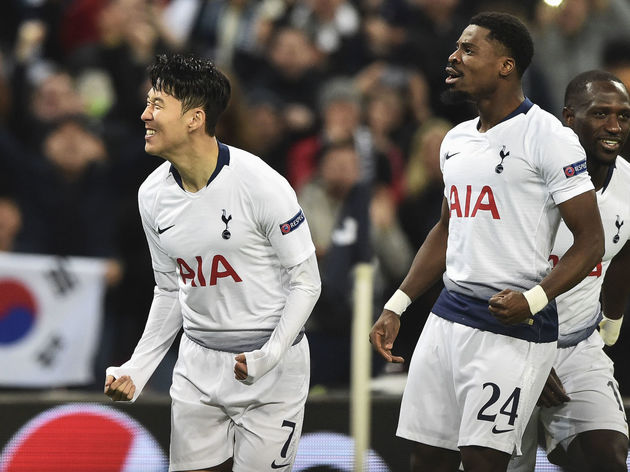 "I always feel thankful for having a chance to play football."

The versatile forward has become a real fan's favourite, and despite heading off to the Asian Cup to play for South Korea recently, continues to be one of the main driving forces behind Spurs' continued success this season.

The 26-year-old has scored 63 times in 172 appearances for ​Tottenham - an impressive ratio for a player who once was unable to regularly force his way into Spurs' starting eleven.