The club has appointed six different full-time managers in the time since Milan last won the Serie A title under Massimiliano Allegri in 2010/11. Club legends Clarence Seedorf and Filippo Inzaghi are among those to have tried and failed to bring new success since Allegri’s departure in 2014.

Put your sound on and listen to how perfectly in-sync AC Milan fans are with their new striker's celebration. 

Numerous waves of player recruitment have also fallen short of living up to traditional standards at the San Siro. In summer 2017, the Rossoneri splashed €215.3m on 10 new players, almost all of whom failed to justify their price tags and their places at one of Europe’s elite clubs. The likes of ​Gonzalo Higuain have also since failed to make their mark.

Following Higuain’s switch to ​Chelsea in January, the Rossoneri acted decisively to recruit Krzysztof Piatek from Serie A rivals Genoa for €35m. Not as much of a marquee name as Higuain, the Polish forward arrived at San Siro as more of an enigma; albeit one with promise.

However, Piatek quickly went about his business in announcing his arrival at the club in fine style. The 23-year-old hit a brace on his first start to fire ​Milan to a 2-0 victory over ​Napoli in the Coppa Italia quarter final, followed up by a strike in his first league appearance for the Rossoneri in the 1-1 draw with Roma.

4 - Since the beginning of December, AC Milan have conceded only 4 Serie A goals, a joint-record in the Top 5 European Leagues since then (tied with Barcelona). Devotion.#AtalantaMilan

Piatek’s fine start to life for his new side was accompanied by that of fellow January signing Lucas Paqueta. The playmaker arrived under a considerable spotlight in a €35m move of his own from Flamengo in his native Brazil.

Much was spoken of Paqueta’s potential upon his arrival in Italy, with many comparing the 21-year-old to the multiple gifted Brazilians to have graced the European stage before him.

In Milan’s recent 3-0 win at home to Cagliari, both Piatek’s potency and Paqueta’s promise continued to rise; as San Siro was graced with a more exciting glimpse into a brighter future than has been dreamt of for some time among the Rossoneri ranks.

The victory bred renewed optimism and excitement in San Siro, the likes of which had not been present at Milan for some time, with goals from Piatek and Paqueta inspiring the triumph.

Having slipped well adrift of the leading pack of ​Juventus, Napoli and Roma in Serie A and out of the elite level of the Champions League, Milan’s light as one of Europe’s supreme sides has waned in recent years.

The Rossoneri’s last Champions League win in 2007 was an overdue recognition and rewarding of Milan’s elite standing and sheer quality on the pitch during that time.

The crowning of that famous side in Athens seemed likely to commence an era of dominance for the Rossoneri with a team which was the envy of the continent. However, it ultimately proved to be the beginning of their decline.

Milan have not appeared in the Champions League since the 2013/14 season and have showed little promise of returning among the top tier of European competition since.

The Rossoneri only managed to finish sixth in Serie A under club great Gennaro Gattuso last season,

With the club seemingly at a crossroads once more and Gattuso’s job coming under threat, the club appears to have pulled off a masterstroke in the January transfer window which may yet reboot Milan’s season and recharge their quest to return to the top.

Piatek’s striking abilities and Paqueta’s technical quality appear to have added the kind of stardust which had long been missing among the Milan ranks.

The Rossoneri have lacked the presence of a genuine world class centre forward since the days of Andriy Shevchenko and Filippo Inzaghi in Milan shirts came to pass, whilst the magic touch of Kaka has never truly been rediscovered by any of the Brazilian’s many successors.

Both Shevchenko and Kaka rose to prominence as two of the finest, if not the best attacking forces in Europe during their esteemed spells at San Siro.

Shevchenko won the Serie A title in 2003/04 and a secured a Champions League crown in 2003 as well as the Ballon d’Or in 2004 with Milan, before making the switch an unsuccessful switch to Chelsea in 2006.

Kaka matched the achievements of his Ukrainian teammate, also part of the same domestic title-winning side, before winning both the Champions League and the Ballon d’Or in 2007 after Shevchenko’s departure, before the Brazilian traded Milan for ​Real Madrid in 2009. 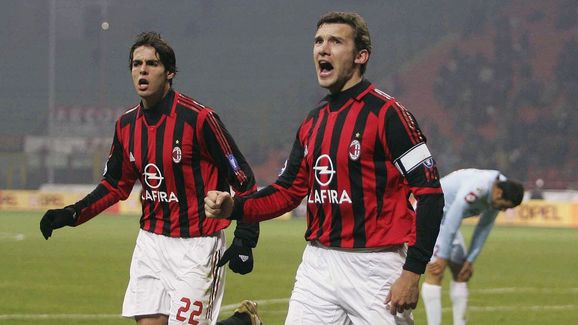 Those two were far from the only big names in what was a star-studded Milan side during that time. Paolo Maldini, Alessandro Nesta, Jaap Stam and Cafu made up a formidable back four, whilst Gattuso was a rock in midfield alongside Andrea Pirlo and Clarence Seedorf.

At present, the Rossoneri’s setup is gradually beginning to form greater potential, with a plethora of emerging young stars potentially capable of finally returning Milan to greater heights.

Alessio Romagnoli has become the kind of leader at the back which the club have long missed since Maldini led by example in defence, whilst Franck Kessie is providing Gattuso’s side with the kind of graft and energy in midfield that the Italian once prided himself on.

It's game time, we're away to Atalanta for Serie A's matchday 24 ⚫
Pronti a sostenere i rossoneri stasera? #AtalantaMilan pic.twitter.com/O4lCqLGbzT

Inzaghi was the hero as Milan reigned supreme in Europe in 2007 with his two goals in the final enough to beat Liverpool in Athens, and Patrick Cutrone seems to be emerging as heir apparent to his fellow Italian centre forward.

Milan have a history of great teams, but it is those previous star individuals such as Shevchenko and Kaka that really caught the imagination at San Siro and earned the envy of the continent. 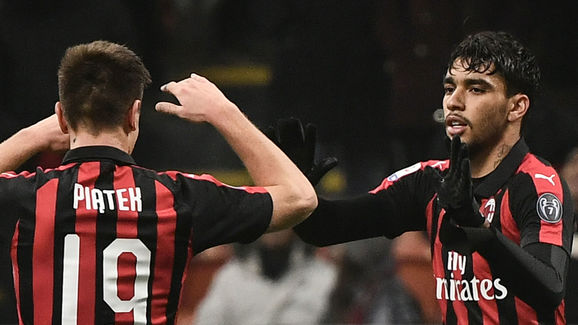 The Rossoneri have lacked any such elite talent since those days. However, based on early evidence, there is much to suggest that Krzysztof Piatek and Lucas Paqueta may be the latest prodigies finally capable of emulating their superstar predecessors and kickstarting Milan’s renaissance as a major force in European football.