​Diego Simeone has signed a new contract at Atletico Madrid which will keep him at the Wanda Metropolitano until 2022.

The Argentine has recently been linked with the managerial job at Inter, but he has committed his future to Los Rojiblancos for another three-and-a-half years instead.

​Goal reports that Simeone's new salary will make him the club's highest earner, surpassing even the salary paid to star striker Antoine Griezmann.

This contract extension will take Simeone into a second decade at the club which he has transformed since his arrival in 2011.

​Atletico had only won two trophies in 15 years prior to Simeone's arrival, and had spent most of the 21st century as a mid-table La Liga club.

Simeone won the Europa League in his first season and the Copa del Rey in his second, before clinching an historic La Liga win in his third season as Atletico broke apart the long-running duopoly of Barcelona and Real Madrid. 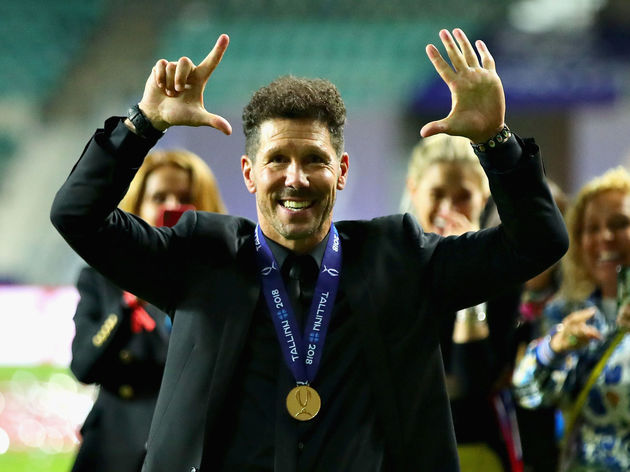 They have twice reached the Champions League final - losing to Real Madrid on both occasions - but won the Europa League last season and then beat Real to win the UEFA Super Cup in August.

With seven trophies to his name - one La Liga, one Copa del Rey, two Europa Leagues, two UEFA Super Cups and a Supercopa de Espana, Simeone is the most successful manager in Atletico history.