Hamsik had been in Naples since joining from Brescia in 2007 for €5.5m, and has gone on to make 520 appearances for the Partenopei, the most of any player in the club's history.

And that's not the only club record he holds, with his total of 121 goals eclipsing the legendary Diego Maradona - who notched 115.

The deal was confirmed by Napoli president Aurelio De Laurentiis on his official twitter account, where he revealed: "The agreement with the Dalian was reached. I wish for Marek to be happy in China. The doors of Naples will always be open for him."

There have been varying reports of how the €20m figure he has garnered will be paid to the ​Serie A side, with this point seemingly the last issue in the negotiations, though Gazzetta dello Sport reported on Wednesday that it would be paid in two instalments.

These will come in the form of an initial €5m, with the remaining €15m guaranteed within a year. The 31-year-old is reportedly set to earn a salary of around €9m a year, almost three times his pay in Italy. 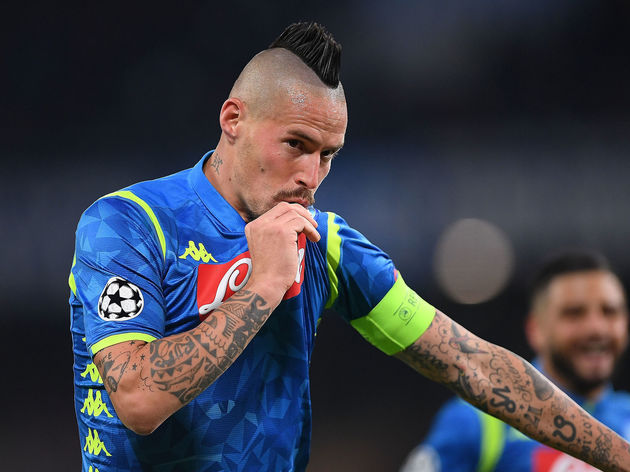 Speaking ahead of his side's Europa League first leg with FC Zurich in Switzerland before the move was officially confirmed, as quoted by ​Calciomercato, Carlo Ancelotti admitted Hamsik's departure would be a tough pill to swallow, but called for his remaining players to step up to the plate.

He explained: "We lose an important player, one who made history, but there are players who must continue on his way."