​Football's favourite pantomime villain Sergio Ramos could be handed a big slice of karma this week, as reports have emerged claiming he could be handed a two-match ban after purposely earning himself a booking against Ajax.

Strikes from Karim Benzema and Marco Asensio ensured Real Madrid edged a tight 2-1 victory in the first leg of the last-16 tie at the Johan Cruyff arena on Wednesday night, and a seemingly intentional late foul from Ramos earned him a suspension for the second leg, meaning he would be free and clear for any potential quarter-final tie.

It came as a surprise when he admitted to the intentional offence after the game, telling reporters (via the ​Mirror):

"It is something I had in mind, it is not to underestimate Ajax or think that the tie is already over but I have decided so I can rest in the return, although I will be in the stadium to encourage the team."

"That is very obvious that he was looking to get booked there."

It seems he may have put his foot in it, however, and could now have his suspension extended to cover their next two Champions League games, rather than just the second leg.

The tweet reads: "I want to make clear that it hurts me more than anyone, I have not forced the card, as I did not against Rome in my previous game @ChampionsLeague, and I will support from the stands as a fan with the hope of making it to the quarters."

It remains to be seen whether Ramos' rebuttal will avoid any retrospective action from UEFA, given the clear admission of an intentional booking in his original comments.

While Nacho Fernandez and the lesser-seen Jesus Vallejo offer adequate replacements, it also  means the ​Galacticos will be a man light for what will likely be a tough, if favourable, second leg at the Bernabeu in two weeks. 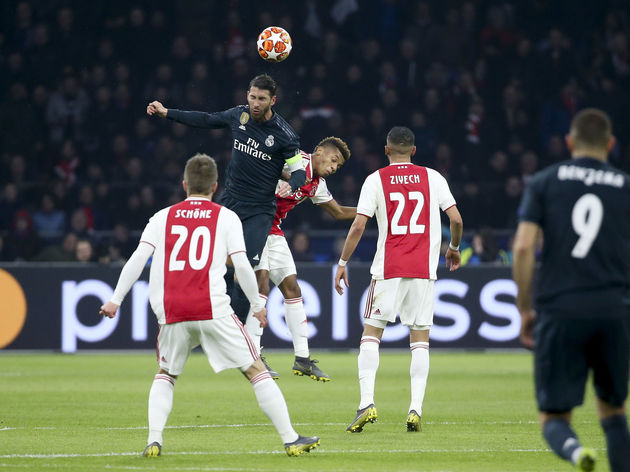 They do have two Classicos to contend with between now and then, granted, so it's not likely to be the most pressing concern on their mind.