The two European giants face off in the first leg of their Champions League last 16 tie on Wednesday, with Madrid being considered overwhelming favourites to progress into the quarter-finals. 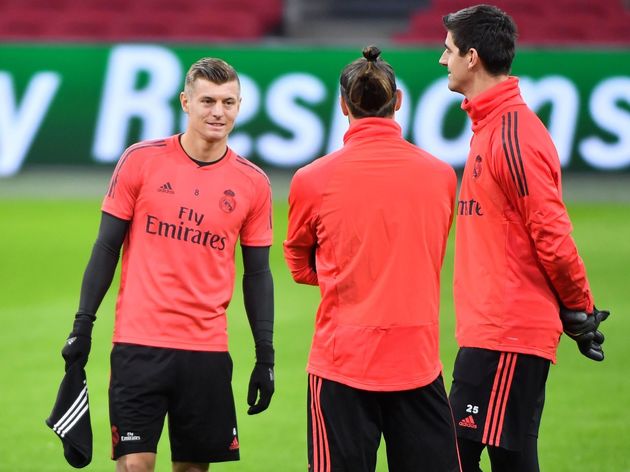 According to Spanish publication ​AS, a clutch of Ajax ultras were involved in causing a huge commotion near where Madrid were staying overnight, with a number of fireworks and bangers being set off.

It was reported that the fans were not aware of the exact location of Madrid's hotel, and so set about causing as much disruption as possible in the surrounding De Pijp district in Amsterdam between 2:30 and 4:00 in the morning.

The incident led to both the Dutch police and Los Blancos' own security detail to pour on to the streets looking to calm the situation, with AS further claiming that around four people were arrested for their part in the disturbances.

Employees at the Hotel Akura, where Santiago Solari's side were staying, called the police, but it was another hour and a half before the Ajax fans could either be dispersed or rounded up.

The tactic has drawn comparisons with what Paris Saint-Germain fans did ahead of their own Champions League clash with ​Real Madrid last year, where the French side's ultras used firecrackers, drums and horns to cause a commotion.

Unfortunately for PSG, Madrid went on to win 2-1 however, with La Liga side once again likely to be confident of putting aside the distractions to claim a crucial away leg victory against Ajax this time around.​