​Back in September 2018, I wrote a ​"Prophecy" speculating that Jose Mourinho's inevitable sacking from Manchester United could lead to the resurrection of two sleeping giants - United and Inter.

This was to be fulfilled by Zinedine Zidane's instalment in the Old Trafford dugout, and Mourinho's seminal return to his old haunt San Siro. Considering the fact that Ole Gunnar Solskjaer is essentially the Red Devils' own brand version of Zidane, phase one is complete (sort of). 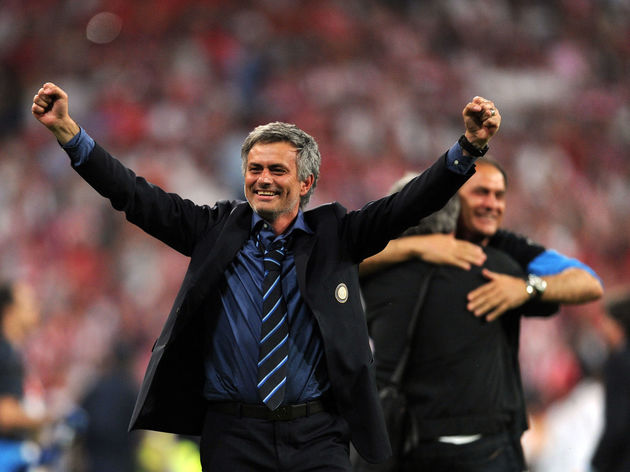 Now, judging by recent speculation regarding Mou's intentions, and I Nerazzurri's stuttering (or just plain stunted) form under Luciano Spalletti, phase two is coming along nicely.

But, apart from potentially catapulting me to Paul the Octopus levels of short-term fame (hopefully without the same demise), what is in it for Inter? Is Jose Mourinho really the right man to resurrect Inter from the slumber they've been stuck in since he left in 2010? Is that not regression rather than progression? Hasn't Jose been found out? Hasn't his style of play been cancelled?

I could just leave it at that, and if that's enough for you then, by all means, look at something else, but I won't.

Perhaps surprisingly, given their current status and over-reliance on a player who may well leave this summer, Inter have no less than three world class managers coveting them with interest. Aside from our man Mou, this includes Atletico Madrid's Diego Simeone and Antonio Conte - also known as Jose career arc follower #3 (following Andre Villas-Boas' ill-fated attempts).

And it's been fascinating to see all three vie for the position, with each taking very different tactical stances in their pursuit of the job. The Argentine has certainly been the most brazen with his desire, publicly crying his interest out into the world until the hoarsening of his voice.

The crowning moment of this public mating call came when he, as quoted by ​Marca, asserted:

“I think I have been very clear about this, I must have said it 2,000 times, about my return to Inter. There’s no need to say it again. It will definitely happen.”

Right, well, that's that. Except it's not, because two other rivals have channels of their own, which they've been quick to exploit. Conte seems to have leant on his considerable base in Italy, probing them to proclaim him the perfect candidate, and denounce the other two.

The most recent of these has been, err, Angelo Orlando, a former Inter player of little note, who kindly declared to ​Tutto Mercato: "[I prefer] Conte. Mourinho would be returning and it is always difficult to come back and do it again. Conte would bring a new mentality, you see his influence on his teams." 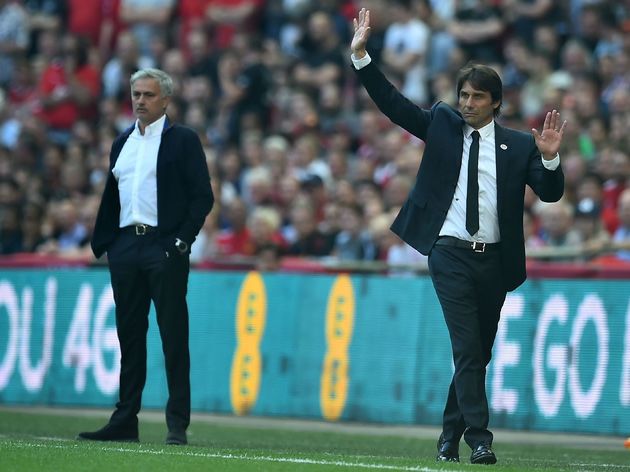 So, what could the now defamed Portuguese tactician do to respond? Well, use the world's most powerful super agent, perhaps even football's most powerful entity (but don't use that to decry Wolves, they get angry), Jorge Mendes. That's right, Mendes is now engaged in back-channel talks with contacts in Italy, and is slowly slithering his way up to Giuseppe Marotta.

In the meantime, Jose has taken up a hosting role in his own ​Champions League TV show for RT, because, well, why not? It guarantees a recurring prevalence in the news cycle, and ensures plenty of harking back to that time when, hold on, he won the very same tournament with Inter... funny that.

In the land of propaganda, 'On the Touchline with José Mourinho' will allow the 56-year-old to command his own narrative, and affirm his own beliefs on how football should be played. But, and I know we're asking this for a second time, why, out of the three, is the TV presenter the man to go for?

Well, Simeone has recently signed a year-long contract extension at Atletico, making any negotiations between the ​Serie A side and Los Rojiblancos just that little bit more complicated.

Plus, his frenzied desire to return to Milan means he should still be willing and ready once one of the other two have inevitably burned out after two years. But why does Mourinho deserve the two-year stint? He has more history of burning out, and has just made a 45-year-old Norwegian bloke with a CV that read 'relegated Cardiff, did ok with Molde FK' look like a tactical genius.

Because he's got nowhere else to turn to, save for the international stage - and that's for nobodies like his competitor Antonio. Because he's earned a shot at redemption. Sure, he may have regularly bored us with his football, but he has never done such a thing on the touchline (very on-brand).

He remains entwined with the Inter fans like no other and his seminal return to Stamford Bridge was highly successful before it came down in flames. But the Nerazzurri would relish the Icarus-like flames for a shot at glory and not middling mediocrity - a short-term project cannot be damaging when treading water has become the norm.

Without question, the current squad is in need of some renovation, but the strength of Stefan de Vrij and Milan Skriniar in the centre of defence, and the creative impetus of Radja Nainggolan - who could realistically become a tattooed, bulky, stale-smoke-smelling version of Wesley Sneijder - Ivan Perisic (his longtime target) and ​Mauro Icardi, if he stays, seem ripe for a Mourinho base.

While the intensity of the Premier League's pressing game made it difficult for his signature ball-relinquishing, counter-attacking style to flourish, Italy is still just pedestrian enough off the ball for these tactics to translate effectively.

Some teams move on. But not them...Not them.

The Champions League is back! ✊ pic.twitter.com/jJi4Kf8QMF

But, honestly, the principal difference between the two is allegiance. Conte is Juventus through and through. He has spent 16 years of his life there altogether. Yes, in many ways, most of the positives of Mourinho would apply to him, but in this age where identity and connection are becoming more and more removed, those things matter.

Of the three, he is still the most intrinsically linked to the club, despite Simeone's spell as a player - he played for Lazio twice as long as he did for Il Biscione.

Italy is the only place where Jose Mourinho remains the Special One, his reputation suspended in time as the country's last conqueror of Europe. He deserves another shot at protecting this legacy, and ​Inter are the only ones who can provide it.