​Schalke manager Domenico Tedesco has said that the result against Bayern Munich was deserved, as they lost 3-1 on Saturday afternoon.

Die Konigsblauen were beaten by goals from Robert Lewandowski, Serge Gnabry and an own-goal from Jeffrey Bruma. 18-year-old Ahmed Kutucu scored the visitors’ only goal, in a lovely first-half counter attack. 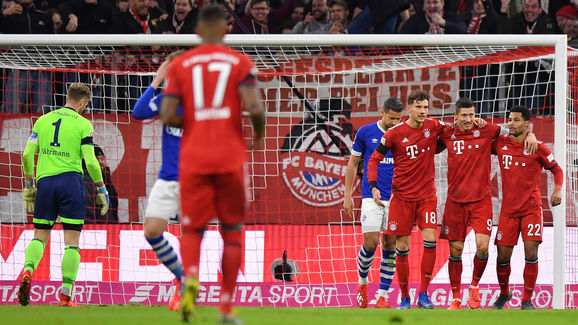 Speaking in the post-match press conference, as quoted by the club’s official website, he said: “We deserved to lose the game; Bayern were simply better than us, dominated us and had a lot of chances.”

​Schalke equalised 14 minutes after Bayern opened the scoring, as Kutucu broke through and finished very well to draw the visitors level. However, they were behind once again 108 seconds later, as Lewandowski finished wonderfully.

Tedesco added: “We played with too much. If you want to get something in Munich then you have to defend from the front, which we didn’t do. Bayern know what to do when they have the ball. We would have liked to have had more possession.” When Schalke were 2-1 down, Tedesco chose to bring midfielder Sebastian Rudy off for Omar Mascarell after just 33 minutes. It was a surprisingly early change by the German, after Rudy had been partly responsible for ​Bayern’s two goals.

When asked about his early substitution Tedesco said: “After going 2-1 down we wanted a more aggressive central midfielder as we struggled early on, so we brought Omar Mascarell on. It wasn’t a decision to take Sebastian Rudy off, but rather to bring Omar on.”

The result sees Schalke drop down to 13th in the ​Bundesliga, seven points off the relegation play-off spot and just eight points off the bottom two. The defeat makes it just one league win in four matches, having lost 2-0 to Borussia Monchengladbach last Saturday. 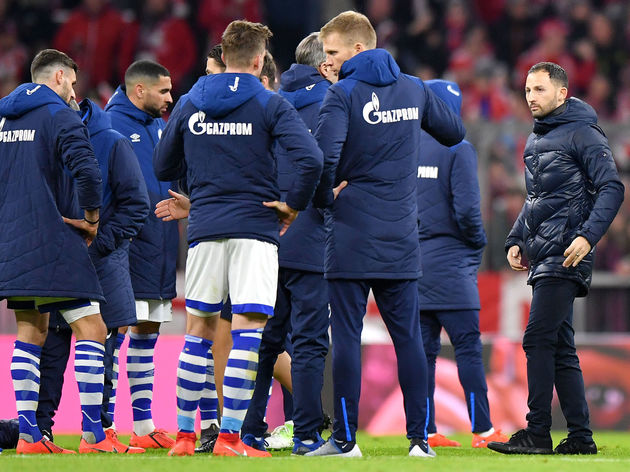 Schalke are back in action next Saturday, when they welcome Freiburg to the Veltins-Arena. They are then in Champions League action on 20 February, when they host Premier League champions ​Manchester City.