​Bayern Munich manager Niko Kovac has said he was pleased with his side’s first half performance as they beat Schalke 3-1 on Saturday afternoon.

Die Roten secured all three points thanks to goals from Robert Lewandowski, Serge Gnabry and an own goal from Jeffrey Bruma. It was a crucial win for Bayern, following their 3-1 defeat to Bayer Leverkusen last week. 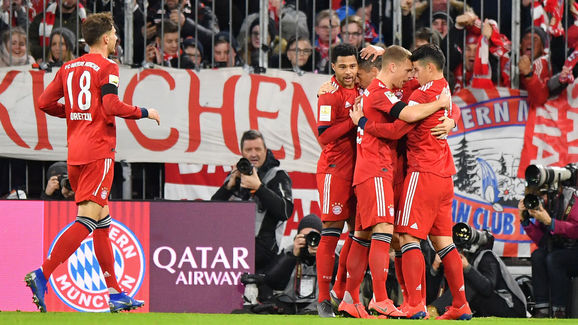 Kovac spoke after the game, and as quoted on the club’s official website he said: “We did a really good job in the first half and temporarily in the second. In the second half, we tried to control the game.”

The result saw ​Bayern Munich move within five points of league leaders ​Borussia Dortmund, as they aim to win their seventh ​Bundesliga title in a row and their 29th title in club history.

Bayern’s win was made even more important by their fellow title challengers’ results on the same day. Dortmund threw away a three-goal lead to draw 3-3 with Hoffenheim, while Borussia Monchengladbach lost 3-0 to Hertha Berlin. Die Roten recorded their second win of the week, after beating Hertha 3-2 in the DFB Cup third round on Wednesday. However Kovac believed that their victory at the Olympiastadion left his side fatigued, and that it was evident against ​Schalke.

Referencing to the cup win, Kovac said: “The 120-minute cup match was noticeable. You mustn't allow that when you're three up after 75 minutes. That was a warning, but I think it was a deserved win and the right margin of victory."

He added: “I’m pleased with the result – we could have scored even more goals, mind. When you consider that we also played 120 minutes midweek, then that’s alright.” Bayern are back in action on Friday, when they face fellow Bavarian side Augsburg. They then travel to Merseyside for the Champions League, as they play ​Liverpool at Anfield on 19 February.