​Wolverhampton Wanderers face Newcastle United in the Premier League at Molineux Stadium on Monday in what has the makings of an entertaining clash.

Wolves' first season in England's top flight since 2014 has been exceptional so far with Nuno Espirito Santo's side continuing their impressive form last week with a 1-3 away victory at Everton.

Wolves currently sit seventh in the league standings and could consolidate their position as the 'best of the rest' in the Premier League with a victory on Monday. 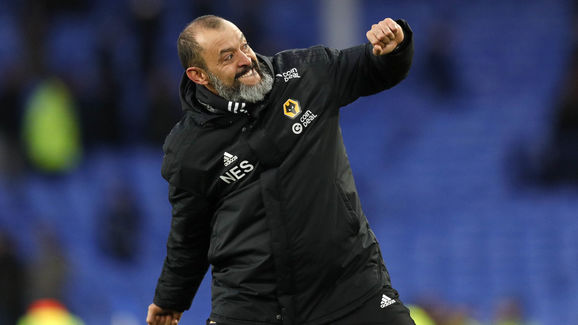 ​Newcastle suffered their third defeat in their last five Premier League games last week after a late Son Heung-min goal secured a 1-0 victory for Tottenham Hotspur over Rafael Benitez's side.

The Magpies, who are 15th in the league, will be hoping to edge further away from the relegation zone as they try to avoid the drop for the second season in succession following their promotion from the Championship in 2017.

With both sides needing a victory for very different reasons, Monday's fixture promises to be an intriguing clash.

​Wolves could see the return of Ruben Neves and Diego Jota to their starting eleven after both players missed their side's fourth round FA Cup victory against Shrewsbury Town in midweek.

In-form defender Matt Doherty is expected to feature once again for the Wanderers whilst Ivan Cavaleiro and Helder Costa are both pushing for a start.

Newcastle will travel to Wolves without midfielder Jonjo Shelvey who is still recovering from a thigh injury suffered in November. However, the Magpies will head to Molineux with the option of fielding Paul Dummett and Mohamed Diame who are both available after missing the club's last four ​Premier League fixtures.

Most excitingly for away fans, club-record signing Miguel Almiron is also expected to make his debut for Benitez's side after being granted a visa earlier this week.

Wolves and Newcastle have met on 95 occasions with the Wanderers winning 40 or their match-ups, whilst the Magpies have won 32 times.

In the corresponding fixture between the two sides this season, a late goal from Doherty snatched all three points for Nuno's side at St James' Park after DeAndre Yedlin had been sent off for the hosts. The Magpies were last victorious over Wolves in 2017 as a strike from former forward ​Aleksander Mitrovic secured a 1-0 win at Molineux.

Wolves have been experiencing a great run of results in recent weeks, winning four of their last five games in all competitions.

The Wanderers' 3-1 victory last week at ​Everton was their fifth on their travels in the Premier League this season in what has been an impressive campaign under boss Nuno. Newcastle's recent league form has been mixed as the club have won two but have also lost three of their last five games.

Following an unexpected 2-1 victory over reigning league champions ​Manchester City at the end of January, the Magpies put in a spirited performance in their 1-0 defeat at Spurs last week yet  results elsewhere dragged them within two points of the dreaded relegation zone.

Here is how both sides have fared in their last five league matches:

When Wolves have faced sides who are in the Premier League's top six this season they have consistently produced their best performances yet they do have the tendency to switch off from time to time against teams who are below them in the standings.

However, recent victories at home against Leicester City and ​West Ham United may be a sign that they have overcome this issue and so they will begin their clash against Newcastle as clear favourites to take all three points.

The Magpies will finally witness the debut of their new £21m signing Almiron and will hope that he can inspire them to what would be only their third away victory of the season.

Yet with Benitez's side clearly lacking quality in other areas of the pitch, it is unlikely that will be able to overpower a Wolves side who should edge Monday's clash, continuing their impressive season in England's top flight.