Borussia Dortmund host Hoffenheim on Saturday afternoon, as the two sides face off at the Signal Iduna Park.

Die Borussen return to league action following a disappointing defeat in the DFB Cup third round. After a thrilling 3-3 draw after extra time at the Signal Iduna Park, they were beaten on penalties by Werder Bremen on Tuesday night.

Meanwhile, Hoffenheim will be looking to returning to winning ways after a week's break following last week's result, when they were held to a 1-1 draw at home by Fortuna Dusseldorf last Saturday.

​Borussia ​Dortmund are still without defender Manuel Akanji and midfielder Thomas Delaney, who are injured and suspended respectively. Lucien Favre could also be missing Marcel Schmelzer, Marwin Hitz and Leonardo Balerdi, who are all doubtful for Saturday's match.

Marco Reus is facing a battle to regain fitness in time for Dortmund's Champions League clash with Tottenham and is likely to be sidelined here. Hoffenheim travel up North without Lukas Rupp, who is unavailable through a knee injury. Luca Ribeiro is missing from Julian Nagelsmann's squad as he is currently representing Brazil at the South American Under-20 Championship, while Kasim Adams is a doubt. 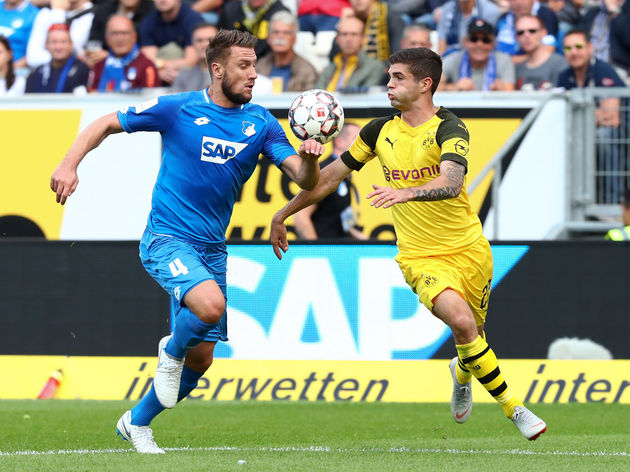 Borussia Dortmund and Hoffenheim have met just 23 times before, with BVB having the superior record with ten wins. Saturday's visitors have recorded five victories over the years, with the two teams drawing on eight occasions.

Last time they met they could not be separated, as they drew 1-1 last September. Joelinton gave Hoffenheim a first-half lead, before Christian Pulisic scored six minutes before the final whistle to salvage a point for Die Borussen.

Hoffenheim haven't won in six previous visits to the Signal Iduna Park, with their last victory coming in a 2-1 win in May 2013. It remains Die Kraichgauer's sole win at Dortmund's fortress, having played their on 12 occasions. Dortmund are eager to bounce back from two disappointing results within three days, as they dropped points in the Bundesliga and were knocked out of the DFB Cup. However they still sit top of the Bundesliga, seven points clear of Borussia Monchengladbach and ​Bayern Munich.

However Hoffenheim are in even worse form, having picked up one win in their last 11 matches.

Seven draws in their last nine league games has been a frustrating run of results for Nagelsmann's side, as they sit eighth in the Bundesliga. 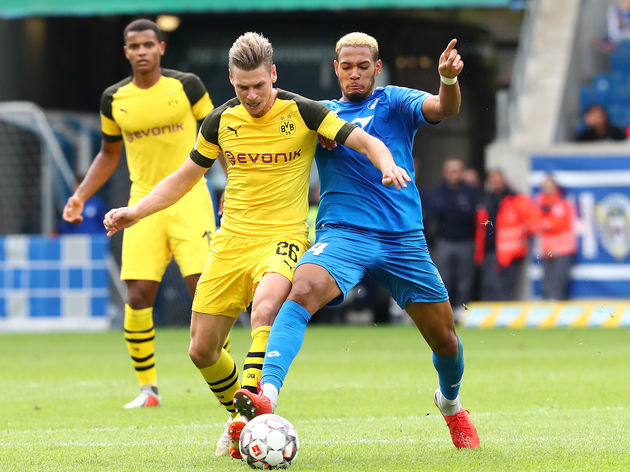 ​It will certainly be a tight affair in Dortmund, with both teams eager to return to winning ways after disappointing recent results. Hoffenheim will be looking for only their second victory at the Signal Iduna Park, while Dortmund will be eager to potentially extend their lead to ten points.

Although the visitors will certainly put up a fight, BVB's impeccable home form will be hard to dent, especially when they are so determined to win. Dortmund look like they will secure all three points on Saturday, as they continue their pursuit of a first league title in seven years.